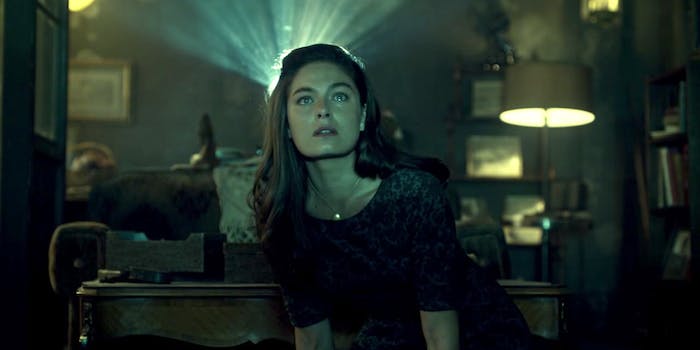 In the middle of the first episode of The Man in the High Castle, we find protagonist Joe Blake in a bit of a nasty spot. His truck broke down, the passing cop who stops to help could also ruin his entire operation, and then something that looks like snow starts to fall. And then you realize what’s falling to the ground.

“Oh, it’s the hospital,” the cop says to Joe’s inquiry. “Yeah, on Tuesdays, they burn cripples, the terminally ill, drag on the state.” And without a second thought about it, he sends Joe off on his way.

It’s jarring to watch, but for these characters it’s also their reality.

The Man in the High Castle, Amazon Studios’s next big drama, is based on the alt-history science-fiction novel of the same name by Philip K. Dick that imagines what the world would be like if the Axis Powers—Nazi Germany, Imperial Japan, and Italy—had won World War II. The U.S. is split up between Germany and Japan (with the Rocky Mountains serving as the Neutral Zone), who are in a kind of Cold War with each other—one that could crumble if an ailing Adolf Hitler dies. By 1962, which is when the series takes place, most people have more or less settled into this new world. But there is a resistance group with a powerful weapon: a film that shows newsreels from an alternate reality (different from our own) where the Allied Forces won the war.

“We’re trying to create real people living in that circumstance,” Joel de la Fuente—who plays Imperial Inspector Kido, a character created for the show—told reporters at New York Comic Con last month. “I think you have the chance to do something very interesting there, which is that 17 years have passed and people have moved on. Humans are humans, no matter what side you’re on.” 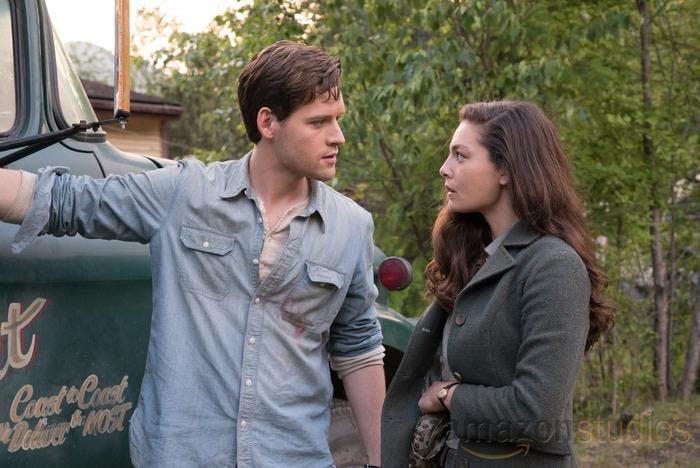 The fact that the show finally exists is a minor miracle.

Dick’s world, in all of its complexities and gray areas, has come to life, and the fact that the show finally exists is a minor miracle. The Man in the High Castle started out as a planned four-part miniseries for BBC One before going to Syfy, where creator Frank Spotnitz, best known for his extensive work on The X-Files, was asked to work on it. He wrote the first two episodes, but the project was dead for two years until he was asked for a script by Amazon’s head of TV drama, Morgan Wandell—and to expand that four-part miniseries into 10 episodes.

Now Spotnitz (along with many members of the cast) says that this show would’ve never gotten made anywhere but Amazon. He and his staff have complete financial and creative freedom and all of the supplies they need—even with the subject matter at hand, something Spotnitz knew would likely offend people.

“I’ve tried to be as thoughtful as I can,” Spotnitz said. “This is a fiction show, but when you’re dealing with Nazism and the extermination of Jews and Blacks, people take this very personally. And I’m also aware that there are people out there who are going to be rooting for the wrong side in the show. It’s a tough balance, but I also wanna humanize these people because I think too often we look at the Nazis and go, ‘Oh those are the bad guys over there.’ In this show, the Nazis, most of them have American accents and you realize they weren’t all psychopaths. Most of them were normal people who got somehow persuaded to do really terrible things, and that makes us very uncomfortable.” 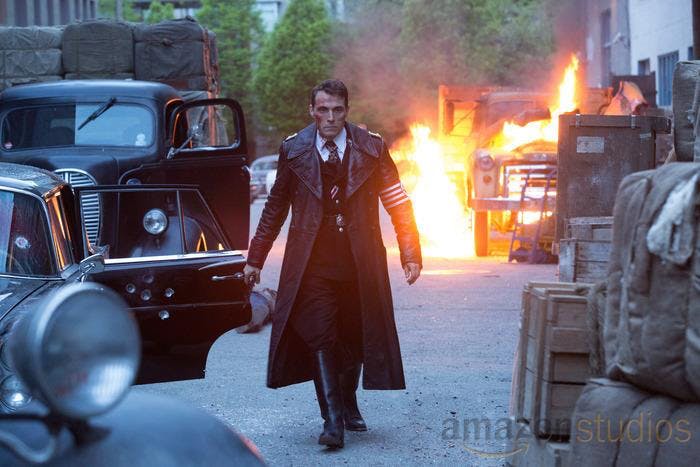 Cary-Hiroyuki Tagawa, who plays Trade Minister Nobusuke Tagomi, was born in Tokyo. He moved to the U.S. when he was 5 and was largely raised on U.S. Army posts during a time when Japan’s role in World War II was still fresh on many people’s minds. This show allowed him to bring that unique perspective to the table.

“For an American to write a novel 17 years after the war—probably one of the most racist wars ever (and wars are racist anyway),” Tagawa said. “And he had the nerve, after the war, to bring forward an idea that they had won the war? My hat’s off to him.”

In order to prepare writing the series, Spotnitz turned to the book but he also enlisted the help of three historians to see how they thought how 1962 would look if Germany and Japan had won World War II. There are influences in that world-building, even from just the minor details: The signs lighting up Times Square reflect the fascist values of a Nazi Germany, which would’ve been about agriculture and industry, and the crew perverted such iconic landmarks as Mount Rushmore, the Statue of Liberty, and the Golden Gate Bridge, which could easily be a punch to the gut for viewers.

But the show is just as much about character-building as it is world-building. None of them are black and white, and while some of them may do some terrible things, viewers can see their motivations and driving forces.

“I think one of the things Frank has done that’s so successful is that all the main characters in the show—Nazi, the Imperial Japanese, anybody in the middle—everybody is motivated by love, genuinely,” de la Fuente said. “When you can think about it that way or that starts to manifest itself, you start to see yourself at certain times in all the different characters.”

“What a regime does that’s so smart is they take away the thing you love most,” said D.J. Qualls, who plays Ed McCarthy. “My character’s in a position toward the end of the season where this has happened to him, and he might as well be dead. And to realize what that meant and what it felt like put me into a place where I was a wreck.” 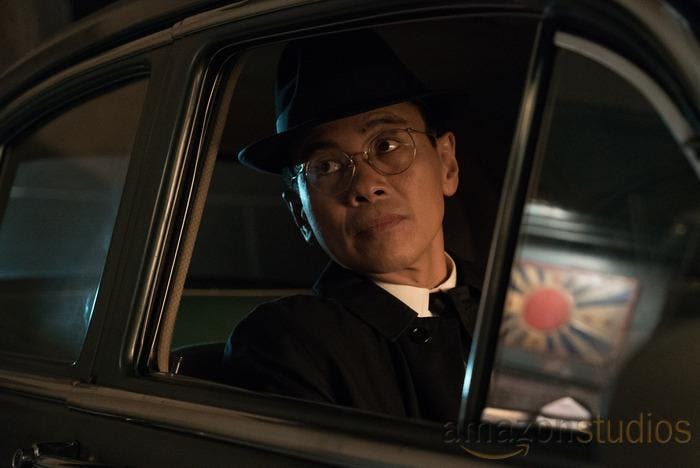 The biggest difference between the book and the TV show is how The Grasshopper Lies Heavy is presented. In the novel it’s a book that you’re able to buy in certain parts of the country, but on the show it’s a film banned both by Germany and Japan. And there are different implications between having a book, which could’ve easily come from the Man in the High Castle’s imagination, and the physicality of a film. But despite this and other changes from the source material, the cast wants to assure book fans that the spirit and heart of Dick’s book is intact.

“We can all agree that we’re against Nazis, right? Now what’s the difference between us and Nazis?”

“For me, in developing Juliana [Crain], I wanted to be as true to the book as I could,” Alexa Davalos added. “Obviously in the script she’s different, and there’s pieces of her that are very different from the book. I of course was at first hands on my hips and like, ‘Wait a minute, she’s not like that in the book!’ … It was about finding a balance and introducing her and where we’re going.”

Dick’s novel only covers so much ground; most of it takes place in either Japanese-occupied San Francisco or the Neutral Zone, so some things like a Nazi-occupied New York was guesswork. But that’s just the U.S. In future seasons Spotnitz wants to expand this world and explore different countries to see what they’re like in this universe. He knows what happens to Juliana—who’s arguably the viewer’s way into this alternate world—but everything else is up in the air. But it all comes back down to that world perspective of the differences between us and the Nazis that’s so exciting for Spotnitz to explore.

“We can all agree that we’re against Nazis, right?” Spotnitz said. “Now what’s the difference between us and Nazis? That sounds like an obvious question, but there are scenes in the show where you’re gonna go, ‘I almost agree with that. I almost agree with what that guy’s saying but I don’t. Why not?’ And that’s exciting to me.”

All 10 episodes of The Man in the High Castle are available on Amazon Instant Video now.