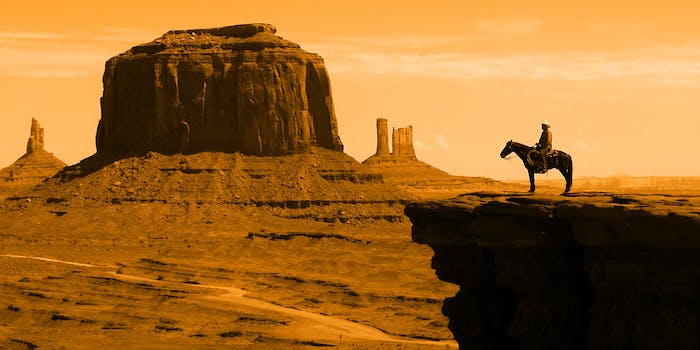 This is a match made in heaven.

Fans of Shane Black have probably noticed a Western vibe to his work—the dark wit, troubled masculine heroes, and penchant for violence make Black’s work a close cousin to the genre. Now, Amazon is reportedly giving him the opportunity to cut the vibe and go full-on Western.

According to Deadline, Amazon signed Black to develop a pilot based on Terry Harknett’s ultraviolent Western novel series, Edge, penned under one of his many pseudonyms, George G. Gilman.

Upon their release, the Edge novels were advertised as “the most violent Westerns in print.” As one Amazon reviewer put it:

“Edge kills and maims people left right and center and yet one is always left feeling like he is the smart almost good guy :-)”

Yup, that sounds about right for a Shane Black project. I mean, listen to this interview and tell me this isn’t a match made in heaven:

With 61 books to pull material from, and the fact that Black happens to be quite the writer himself, the show could certainly have some legs if the pilot is a success and the series is ultimately picked up by Amazon. (The company hasn’t officially confirmed the collaboration yet.)