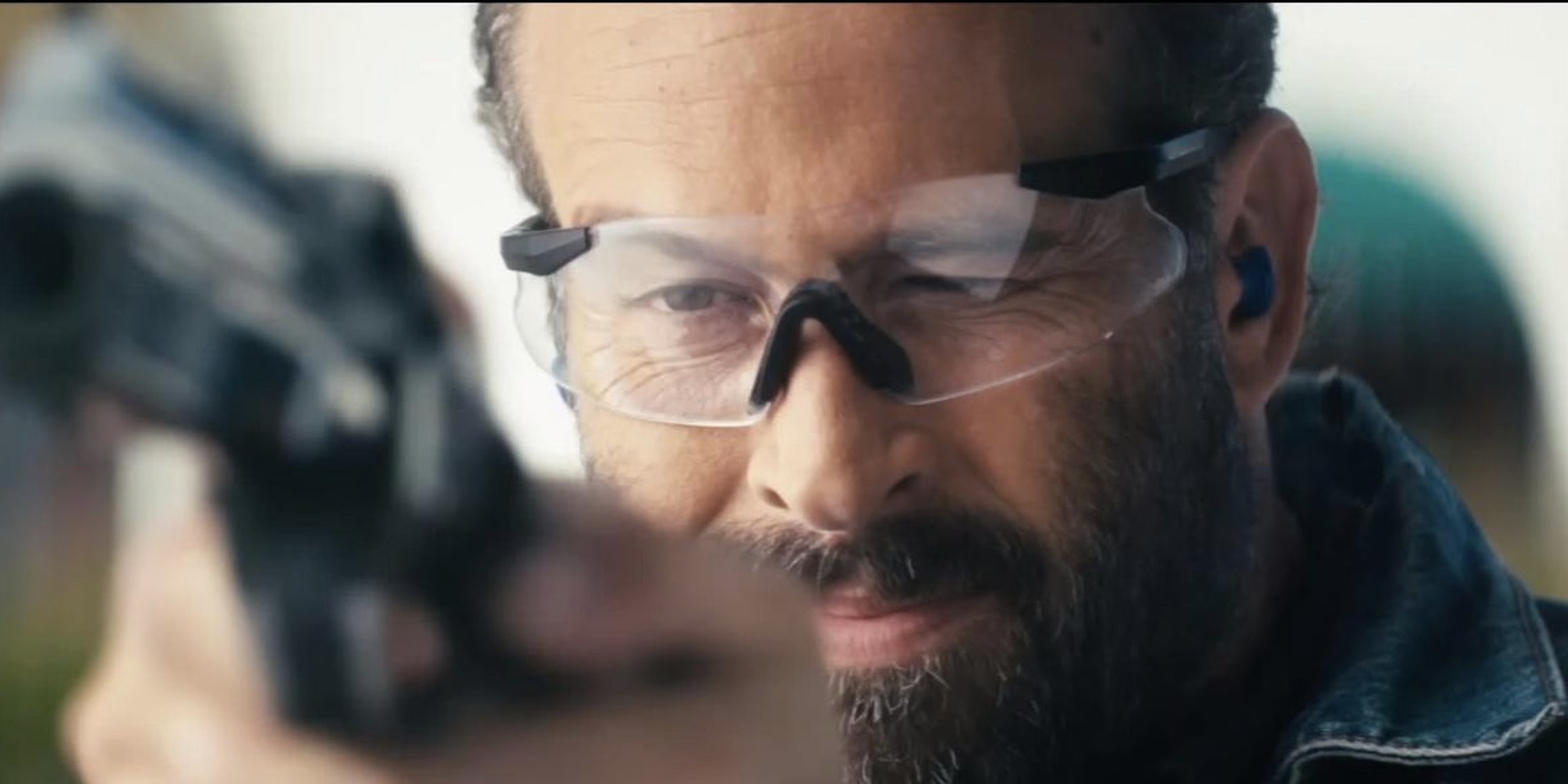 How Amazon’s 7 new pilots stack up

The good, the bad, and the unwatchable.

Will Amazon‘s Golden Globe victories for Transparent end up helping or hurting its latest round of original content?

Its two wins (comedy, best actor) set the bar for future programming, and certainly raised expectations for viewers hoping Amazon Studios is not a one-trick pony. Whether the bookseller-turned-TV factory can replicate HBO’s ability to churn out a series of winners—or whether Transparent was a single shot of lightning in a bottle—can be determined by examining Amazon’s new pilots. A few will likely be popular, although not necessarily groundbreaking like Transparent or Netflix’s Orange Is the New Black.

There isn’t a Golden Globe, Oscar, or People’s Choice winner among the seven programs Amazon released on Jan. 15. That said, each is worthy of an award.

The show most likely to give you nightmares

Based on Philip K. Dick’s alternate history novel, The Man in the High Castle takes us back the early ‘60s, when the German army’s victory over the Allies has resulted in a total takeover of the United States. The country is split in two, with the Germans having direct control over the Eastern states and the Japanese granted territorial governance of the West.

In the world of TV and film, this is called “high concept,” and is a risk-reward venture. The producers, writers, director, and cast nail this with stark visual imagery; acting that is totally on point (and chilling); and a fear factor that will send you back to your history books to be sure those who chronicled the results of World War II got it right.

Alexa Davalos, star of the Starz original Mob City, plays Juliana Crain, an Aikido-practicing rebel, and Luke Kleintank of Pretty Little Liars fame portrays Joe Blake, who may or may not be a freedom fighter, as we learn in the cliffhanger ending. The calm reality and acceptance of this horrific vision is what puts The Man in the High Castle among Amazon’s elite offerings. A scene in which a highway patrolman is asked about the origins of the clusters of large, grey ashes floating in the air will stop any viewer in his or her tracks. His response that those were the cremated remains of elderly and crippled people is a show-stopper.

The Man in the High Castle will most likely get the green light. Is it award-worthy? Check back after episode 2 and beyond.

The “I’ve seen this character before” award

One of those love-it-or-hate-it shows, Cocked is the saga of a family in the gun business facing hard times and a whole lot of feuding. While much of the plot is foreshadowed in the first few minutes—the son who left the family business returns to save the day—the execution and acting is quite good. Led by Jason Lee as the blue-collar hellraiser whose new product release cost the family millions, what we have here is a slimy reboot of Lee’s Earl Hickey character from My Name Is Earl, with a fair amount of nudity and foul language tossed in to prove this is not regular network fare.

What makes Cocked work is the strong love-hate relationship between Lee and his younger brother, played by True Blood’s Sam Trammell. Add in veteran character actor Brian Dennehy as the piss-and-vinegar patriarch, and you have an excellent ensemble that carries the often-predictable plot and dialogue.

Cocked is a sexed-up, foul-mouthed version of an above-average network dramedy. On NBC, for example, this would last a few seasons. Again, if the after-pilot episodes stay true, Amazon will do well with this one.

The “There’s New York, and then there’s the rest of the country” award

There is a lot to like about The New Yorker Presents. The brave attempt to bring the pages of this iconic magazine to life works more often than not. The 30-minute show authentically replicates the pages aimed at New Yorkers and those who wish they were, but the size and sustainability of such a target is questionable.

The pilot is a mosaic of quick video hits, interviews, and short documentaries (with interstitial New Yorker cartoons) that will please those looking for an ultra-civilized version of 60 Minutes. The real pilot standout is a short from Oscar-winning filmmaker Jonathan Demme, which tells the story of biologist Tyrone Hayes, who fought the EPA and big chemical companies over the issue of toxicity in the water supply.

The big question is whether it will appeal beyond a niche audience. For someone living in Brooklyn, this is cool; for citizens of Omaha, not so much.

This Civil War drama is one rich on visual appeal, but it might have limited audience appeal, save for the crowd that enjoys weekend reenactments of the battle between the North and South.

None of the leads are particularly noteworthy, but as an ensemble they capture the mood and essence of the era with enough believability to be authentic. There’s nothing especially wrong with Point of Honor, but also nothing memorable.

That said, the early voting of Amazon viewers seems to be enthusiastically behind Point of Honor, with 56 percent of those offering opinions giving the pilot five stars. Seems what the world needs is a gory Civil War drama loaded with of battlefield blood and guts.

The “Jeff Spicoli as an adult” award

Take the handsome son of a ‘60s stoner (Kris Kristofferson) and put him in a job that appeals to a lot of women. In short, you have Down Dog, starring Josh Casaubon (I Just Want My Pants Back) as a laid-back, empty-headed yoga instructor who has gotten by on his good looks and irresistible charm.

The pilot’s rather constricted story arc finds our hero breaking up with his live-in girlfriend, who also owns the yoga studio where he works. The dilemma of how such a goofball plans on running a business provides the dramatic tension here, and it just falls flat.

As Jeff Spicoli (Sean Penn from Fast Times at Ridgemont High, if you are pop-culturally deprived) would say: ”Wipe out.”

Any self-respecting movie and TV fan would be excited for a series that includes Romany Malco (Weeds, Think Like a Man), Steve Zahn (Dallas Buyers Club), Michael Imperioli (The Sopranos), Ben Chaplin (World Without End), and Billy Zane (Twin Peaks). In this case, however, the whole is about 10 percent of the sum of the parts. An overwrought drama based on a similar U.K. show, Mad Dogs finds a group of friends coming together to meet at Zane’s luxurious Belize home only to be forced to avenge his murder.

There’s just too much going on with plot threads that either don’t make sense or don’t connect. Also, despite the pedigree of talent, the acting is forced and often stereotyped: the sad divorced dad, the intellectual pining away for his friend’s wife, the drunk, and the one who fell short of his lofty goals. Yawn.

Given the money that had to be put into this pilot—the breathtaking locations are sparkling travel brochures—the smart thing is to cut the losses and move along.

The “What were they thinking?” award

Confession time: Salem Rogers is so bad, I could only make it halfway through the pilot.

Let me break it down for you: Leslie Bibb as the titular former supermodel kicked out of rehab is nearly unwatchable. And it’s not just the role she plays. As the foil, Rachel Dratch is the Debbie Downer character she plays on SNL, but far sadder and more unsympathetic. And I’d like to know who convinced Harry Hamlin, former iconic star of L.A. Law, more recently in Mad Men, to take on the role of a coked-up agent who refuses to take Salem Rogers back into his fold. If he’s that desperate for a paycheck, I suggest he toy with the idea of becoming the center square on a game show.

Unless the final 10 minutes of this trainwreck are significantly better than the first 20, Amazon needs to take this behind the barn, hose it down, and put it out to pasture.