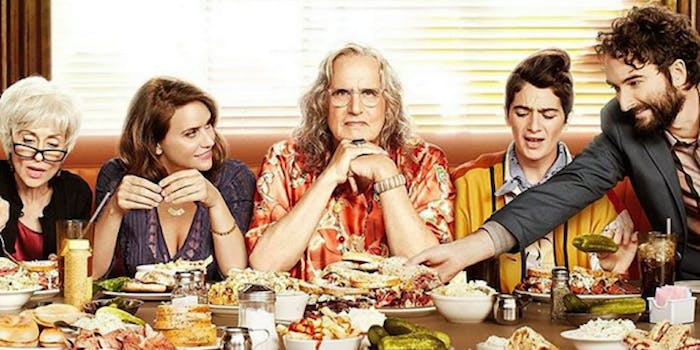 Apple TV could finally get an Amazon app

Potential good news for Apple TV users: According to an Amazon employee, a new Amazon app might be rolling out on the service in the next few weeks.

Since Apple TV’s launch, Amazon has been noticeably missing from their app offerings. Even though Amazon apps already exist for most of the major streaming devices and gaming consoles (Roku, PlayStation 4, Fire TV), Apple TV users have needed to stream their Prime shows from a third device using AirPlay in order to tune in. But all that may soon change.

Dan Bostonweeks, a software developer from Oakland, California, reached out to Amazon customer service recently to suggest they develop a tvOS app, and received a surprisingly informative reply:

According to Bostonweeks, Amazon replied to his inquiry within 15 minutes, and though neither Apple or Amazon have responded to requests for comment, the timing of the rollout would make sense. Transparent—the company’s most successful original show—premieres its second season in December.
H/T TechInsider | Screengrab via Transparent/Instagram