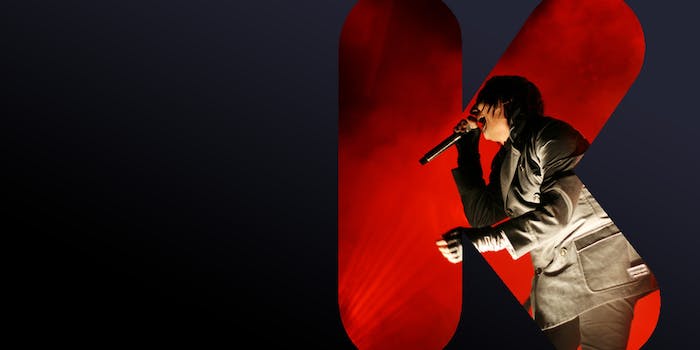 Alternative music festival Alt-Fest has been described by the Guardian as a “Kickstarter phenomenon,” and was billed by its organiser Dominic Void as an “experiment in democracy” after it surpassed 200 percent of its crowdfunding goal. But the lofty dreams of “the world’s first bespoke festival” have come to an ignominious end as bands have taken to the Internet to announce the abrupt cancellation of the event—just two weeks before it was due to start.

Alt-Fest had booked some of the biggest names from across the alternative music scene, including Marilyn Manson, Gary Numan, Cradle of Filth, and Professor Elemental, and was scheduled to take place from the 15-17 August in Kettering in the United Kingdom.

But on Tuesday, booked acts began telling their dismayed fans that the festival has been abruptly cancelled—though the organisers of Alt-Fest have remained quiet throughout. “We received notice this morning that the Alt-Fest festival… has been cancelled,” Combichrist posted on their Facebook page. “As of now the organisers haven’t made an official announcement but unless there is a massive cabal afoot, we will believe the world we received from our agency.” Likewise, Marylin Manson has indicated that the festival is cancelled.

A promotional video for the festival.

The original Kickstarter campaign closed in April 2013, bringing in £61,762—205 percent of the initial £30,000 goal. Rewards included silicon wristbands (£13 pledge), camping tickets (£70), and a chance for your band to play on the main stage (£1,000). The crowdfunding campaign was not the festival’s only source of money: £10,000 came in through their “Dismembership club,” and “third-party supporters” have also been involved.

Gigwise reached out to Alt-Fest’s PR agency, who told the music news site they had only been made aware of “the situation” yesterday and are no longer working with the event.

Rob Ferguson—who manages multiple acts due to play at Alt-Fest—tweeted about Alt-Fest, providing more confirmation of the apparent cancellation:

Well, what a surprise. Alt Fest is no more………I feel extremely sorry for all those who will undoubtedly lose money. Bad times.

“I got confirmation via text message but also spoke with some of the main stage acts and they’ve also been told,” Beholder band-member Simon Hall said. “It started with a pledge scheme as fans entrusted in a unique concept and ended with media scrambling over themselves to be involved, bands not being advanced and being drip fed bullshit for months and fans being dumped on last minute. Something that I personally had visions of months ago.”

Another source Virtual Festivals spoke to said that they “never actually expected it to happen… I did the math in my head and I can’t see how they were raising enough money to pay for site/production let alone the bands.”

We called Broughton Estate—the planned site of Alt-Fest—for comment. We were told, loudly and repeatedly, that they “don’t know anything about that,” before they hung up on us when we asked to speak to someone who might.

Virtual Festivals reports that Clubtickets.com’s policies will allow for refunds once the ticket site receives official confirmation of cancellation from the organisers—but it’s not clear how and when the Kickstarter backers will receive refunds, if at all.

Representatives of Alt-Fest did not return requests for comment.