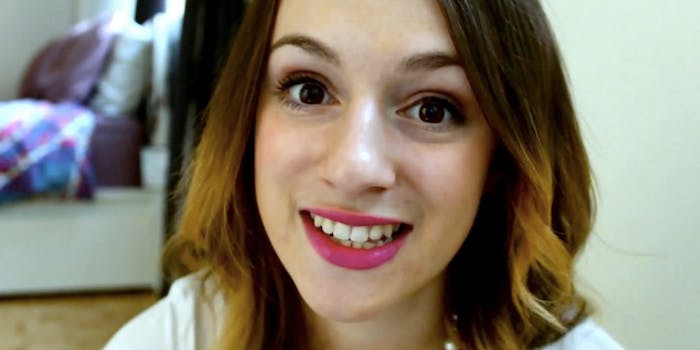 This artist says she used both bass and treble in her song.

Meghan Trainor’s hit “All About That Bass” rocketed up the chart in the past few months under the guise of a body-positive message, but one YouTube performer took issue with that claim and created her own cover of the song that celebrates every body type.

Singer-songwriter Natty Valencia says the song may purport to be body-positive, but it actually shames women who don’t have the curves that Trainor extols in her song. Trainor sings about booty and having a little extra “to hold at night.” In one instance she calls others “skinny bitches” but counters with “I’m just playing.” Overall the song celebrates a fuller figure, something that’s rare in music, but Valencia set out to make a version that doesn’t favor any size over the other.

Valencia’s song definitely moves the lyrics to a more neutral place with phrases like, “Let’s make some room room for kindness in this place / ’Cause real beauty is something you cannot replace.” The lyrical substitutions may neuter the song from its hit status, but that’s not a big deal; there’s room for both versions of the tune in the musical landscape, just as there’s room for any and every body type.