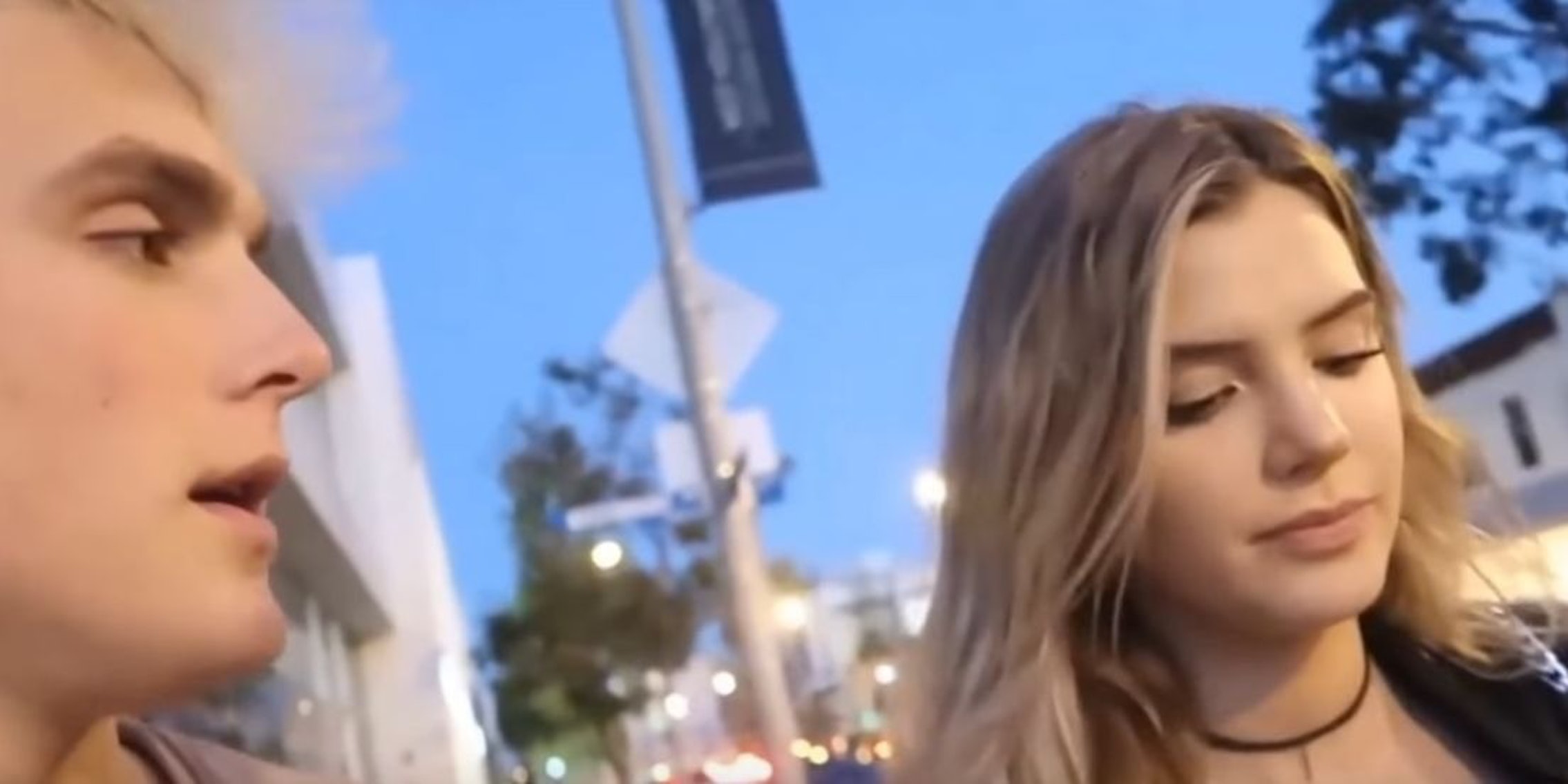 ‘I can’t even remember a conversation where it was me walking away feeling good about myself.’

Before YouTube superstar Jake Paul began dating Erika Costell and before they became YouTube’s most well-known couple, Paul was in a volatile relationship with YouTuber Alissa Violet. Amid previous allegations from Violet that Paul abused her, she spoke with Shane Dawson in episode 7 of his documentary into the mind of Jake Paul.

Again, she said she was emotionally abused by Paul, and she told Dawson that their romantic relationship was entirely fake.

Violet, who has 3.6 million YouTube subscribers and 8.6 million followers on Instagram, originally told Dawson she didn’t want to be interviewed for the documentary, but eventually, she acquiesced so she could make one final comment on Jake Paul and Logan Paul—and everything else in their turbulent YouTube lives.

Violet said she met Jake Paul when they both lived in Ohio and that they had “a little thing … for a while.” She said Paul offered to help with her modeling career when they both moved to Los Angeles. In doing so, he would take a percentage of her earnings and she would appear in some of his Vine sketches and his YouTube video thumbnails (probably to help her career but also to draw more viewers to his own videos).

But, the 22-year-old Violet said, “We never officially dated. Ever. … Jalissa was fake.”

Violet, though, said she wanted Paul to be her boyfriend. She said he just never committed to it.

In 2017, Violet made a video in which she insinuated that Paul had physically abused her. In her interview with Dawson, she said the abuse was not physical.

“I wasn’t like getting abused every night when he came home from work,” she said. “It was never physical abuse. If we filmed a video, and he had to push me into a bush, normally, you’d nudge someone or pretend to push someone. He would actually shove me. … He would just do it way too hard.”

She also said that they once had a fight, and he broke her new cell phone. She said she took his phone in order to break it but, “he dragged me down the steps. That’s true. That was in real life. …

“I want to clear the air. He’s not a physical abuser. But mentally and emotionally … every day, 2,000 times a day. I can’t even remember a conversation where it was me walking away feeling good about myself.”

She told Dawson she later hooked up with Jake’s brother, Logan Paul, but she didn’t cheat on Jake since they never were actually in a romantic relationship. Still, Violet said, “I’m still disgusted by it, because it’s not who I am. It’s not who I ever wanted to be. But it happened.”

Later, Logan Paul caused huge controversy on YouTube—and probably a legitimate rift with Jake—by featuring her in his own videos and in an infamous diss track.

Team 10 did not immediately respond to a Daily Dot request for comment.

Here’s the entire episode in which Violet also discusses how Jake Paul would bring girls to his house to “scout” them for a possible spot in Team 10 and then just have sex with them instead.