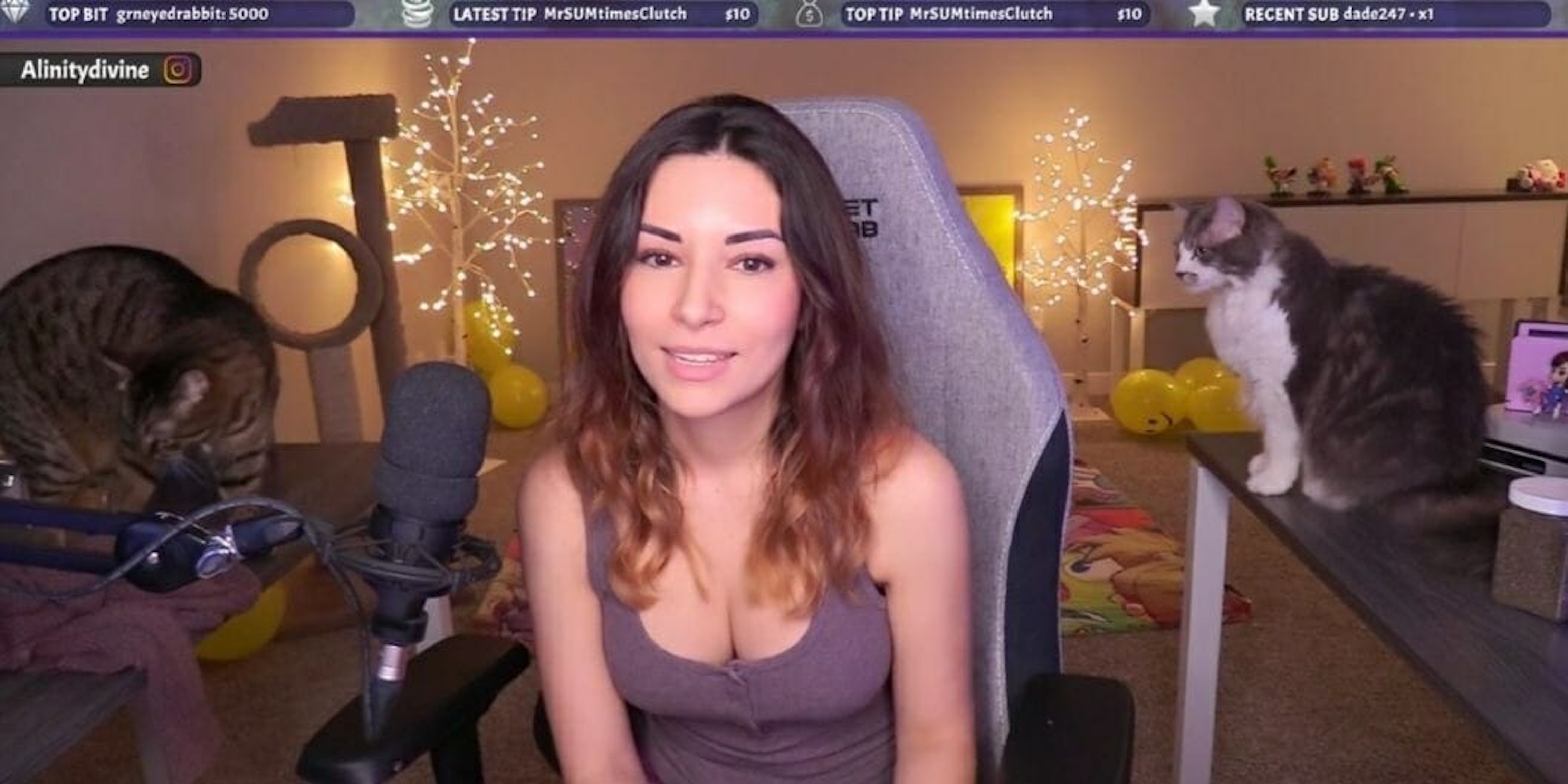 'I have spent the last few years trying to avoid the guy at events only to have him in my face.'

In an email on Monday, she told the Daily Dot that Trainwreckstv also harassed her in person and had told her in the past that she should “watch out” at an upcoming event and that she should “bring extra panties.” In a stream this weekend, Alinity—who has 722,000 subscribers on Twitch—said he threatened her in the comments section “years ago.”

“The only person in this whole world who I don’t like is Trainwreckstv,” Alinity said in the stream. “It is him. I mean, I think if a person tells you that they’re going to rape you, that’s something that’s not cool. I don’t think I would ever want to be alone with that guy. I’m terrified of him, honestly. He’s tried to hit me—he’s just been very aggressive toward me.”

TrainwrecksTV, whose real name is Tyler Niknam and who has 192,000 subscribers, denied the allegations, releasing a statement on Reddit.

Hey guys, some of you may have heard that a twitch streamer made some serious accusations about me on their stream. They are completely false and I’m devastated that someone would make these baseless claims. I’m not sure if she’s just being mean spirited or said that to stir up drama for views, but talking about it on stream or making videos about it will only bring the lies to more people’s attention. At first she claimed this was something that I had said to her, and then later in the VOD she retracts that, and back pedals and states it is something that I typed to her in her chat years ago. The chatlogs prove otherwise, the only thing they show is that she is downright lying.

It’s sickening to me that someone can slander me with a smirk on their face like it’s no big deal. These types of allegation have ruined innocent people’s lives before, and should not be taken lightly or as a joke. I hope she is punished accordingly so people will think twice before trying to ruin somebody’s reputation for their own entertainment.

Alinity told the Daily Dot she didn’t remember the exact words he used but that she had blocked him on Twitter and banned him from her Twitch because “I had enough of the sexual harassment.” She also spent the past few years trying to avoid him at events, but that he is “aggressively demanding to know why I rejected him, being physically imposing over me as if I owe him some chance with me. It’s just constant. People have had to pull him away from tables I’ve sat at, and groups of people I’ve been around.”

According to Dexerto, a streamer named AXIUN searched through Alinity’s past chat logs but couldn’t find what she had described.

“Unfortunately, the logs that are kept, are done so on a private website with only a select number of channels,” Alinity said in her email. “If it wasn’t in any of the channels that have recorded logs, it would have had to have been in one that wasn’t. He also had my Snapchat, so if I’m misremembering it could have been on there.”

After he made his statement on Reddit, another redditor pointed out that Niknam should consider suing Alinity for defamation or slander. He responded by writing, “Already in the process.”

A Daily Dot email to Niknam on Monday for additional comments was not immediately returned.

Last May, Alinity spoke out after YouTube star PewDiePie called female Twitch streamers “thots,” saying she gets increased harassment when a popular online figure makes comments like that. PewDiePie later said he would be more careful with his language, but after she refused to accept his apology, he doubled-down on the feud and she was harassed by his fans.