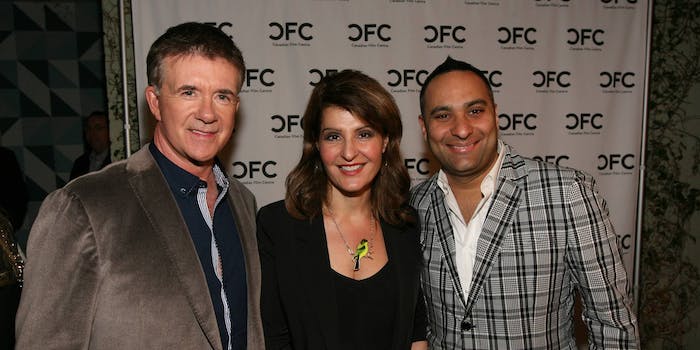 Hollywood is in mourning after learning of Growing Pains star Alan Thicke’s sudden death Tuesday night. Friends, colleagues, and admirers, including some of his most recent co-stars, have been posting their condolences on social media.

Thicke appeared in an episode of Fuller House’s second season shortly before he died as an older man someone attempted to set up D.J. Tanner with. The show’s stars were saddened to hear of his passing and shared their memories of him.

I'm sad beyond words that Alan Thicke has passed away. I've known you since I was 8 years old and so glad I had the pleasure of working with you again so recently on Fuller House. You were a part of my family and hockey family. You will be greatly missed. ❤️ My heart hurts.

In other social media messages, Hollywood praised Thicke as a good father, husband, and friend and mentioned his love for hockey.

Alan Thicke was always the nicest and happiest person in the room. Gone way too soon. Rest In Peace.

So saddened to hear about the death of Alan Thicke. All heart,loved life and was a true gentleman and hockey brother. R.I.P.

The NHL family is sad to learn of the passing of longtime hockey fan Alan Thicke. Our thoughts are with his family and friends. pic.twitter.com/5ADyWRksuf