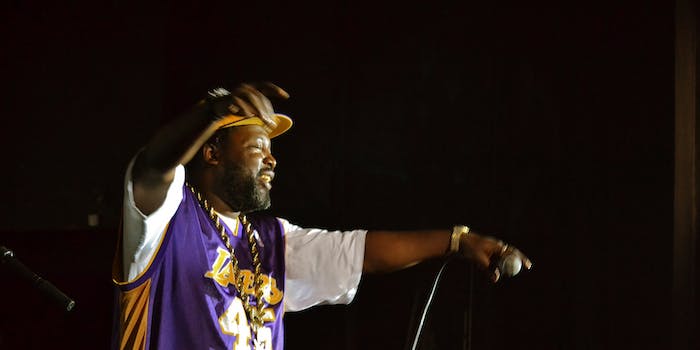 Not the way to reach out to your fans.

The musician Joseph Edgar Foreman, popularly known as Afroman, seems like a chill dude. His biggest hit, “Because I Got High,” is an anthem for stoners who’d more likely hit the couch than another human being. But I suppose we all have our breaking points.

During a set in Biloxi, Miss., on Tuesday, as Afroman noodled soulfully on guitar, a woman hopped onto the stage to dance right behind him. Either out of shock, anger, or scorn for her moves, Afroman wheeled around and knocked her flat with a devastating haymaker.

Though bleeding and crying, TMZ reported, the woman was able to get up on her own. Cops stopped the show and arrested Foreman, charging him with assault. He was later released on a $330 bond, with a rep citing lack of security at the venue. Refunds for all!