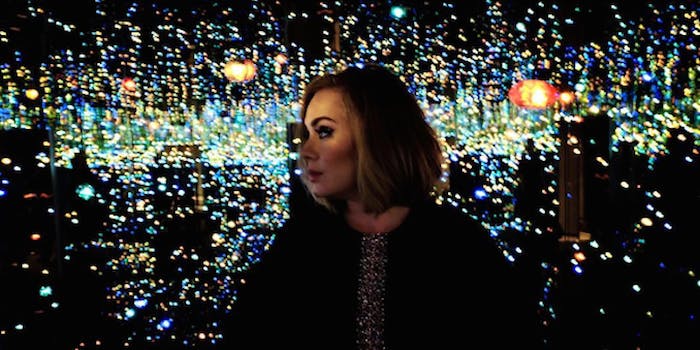 Adele scolds fan for filming during her concert

'I'd really like you to enjoy my show, because there are lots of people outside who couldn't come in.'

In life as in her music, it’s best to stay on Adele‘s good side.

During a show in Verona, Italy, over the weekend, the singer took a second out of her performance to share a few choice words with an audience member who had set up a tripod in the aisle.

“Can you stop filming me with a video camera?” she asked. “Because I’m really here in your life. You can enjoy it in real life rather than through your phone.”

After some applause from the audience for her initial comments, the singer doubled down, saying, “Can you take your tripod down? This isn’t a DVD. This is a real show, and I’d really like you to enjoy my show, because there are lots of people outside who couldn’t come in.”

Ironically, the incident surfaced because someone else in the audience recorded it and posted it on YouTube.