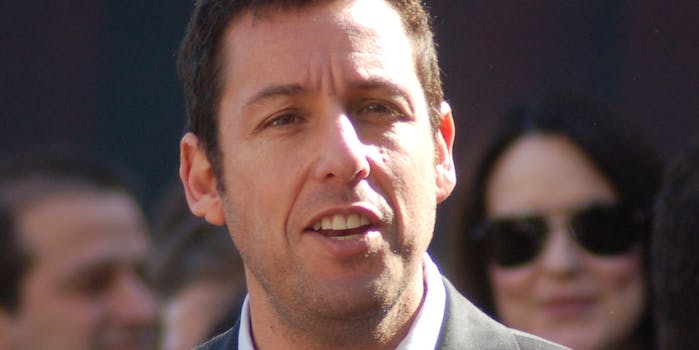 Confused by all the Sandy Wexler promo you’ve been seeing on Netflix? You shouldn’t be!

According to the streaming giant, Adam Sandler‘s movies have garnered more than 500 million viewing hours since the release of his last collaboration with them, The Ridiculous 6. That definitely explains its decision to sign him on for another four original films back in March.

Even though the film only seemed to make headlines for the staffing trouble it had surrounding its depiction of Native-American characters, that didn’t seem to stop Sandler’s fans.

Just ahead of the release of our third film from Adam Sandler, Sandy Wexler, we announced the renewal of our deal with Sandler to premiere an additional four films exclusively on Netflix around the world. We continue to be excited by our Sandler relationship and our members continue to be thrilled with his films. Since the launch of The Ridiculous 6, Netflix members have spent more than half a billion hours enjoying the films of Adam Sandler.

So, uh, as fun as it is to tweet about “Who’s watching these?” the answer is definitely, somehow “Everyone.”