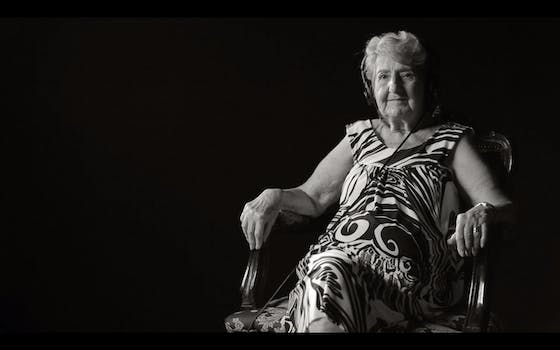 There's something in my eye.

This is probably the first AC/DC video to make anybody cry.

Produced by the Brazilian radio station 89FM, the video pays tribute to Malcolm Young, the AC/DC guitarist and co-songwriter who recently retired from the band due to his diagnosis with dementia, by demonstrating the power of the Australian band’s anthems to people with advanced dementia.

“Rock brings back memories,” one of the patients says. Indeed, as each person listens to Malcolm’s electric strum and the drive of the drums, not to mention Brian Johnson’s raspy scream, they bob their heads, tap their feet. Another plays a little air guitar. “Most of their memories have disappeared,” the video states. “And you see, while listening to your riffs, what they clearly forgot was their dementia.”

While many associate AC/DC with the boisterous antics of Angus Young, whose sick solos are an unforgettable force, Malcolm Young held down the tunes with his solid rhythm playing. Some of the most popular Malcolm-written songs include, “Back in Black,” “Dirty Deeds Done Dirt Cheap,” “For Those About to Rock We Salute You,” and “You Shook Me All Night Long,” which was featured in the video.

Malcolm Young confirmed his retirement due to a then-unspecified illness. He was replaced by nephew Stevie Young, who can be heard on AC/DC’s latest album, Rock or Bust.

“Although you might someday forget about the world,” the video reassures Young, “the world will never forget you, Malcolm. Your music will always be stronger than your disease.”

Now if you’ll excuse me, I have something in my eye. I’ll be in my room playing air guitar to Back in Black, if you need me.