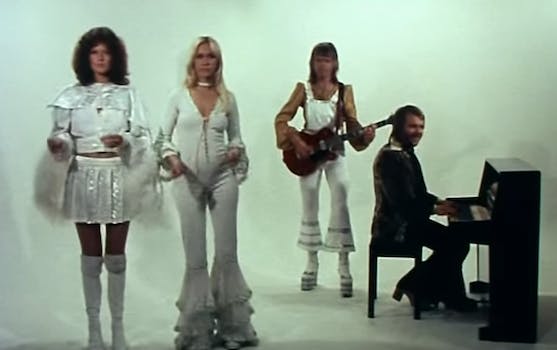 ABBA just reunited and wrote its first songs in 35 years

After announcing last fall that it’ll be touring as holograms in 2019, ABBA has added more fuel to the fire: The band is working on new music and an NBC special too.

The Swedish pop group is best known for hits like “Dancing Queen” and “Mamma Mia,” but the members haven’t recorded music together since the mid-’80s. Maybe because the sequel to the Mamma Mia movie is coming out soon, or maybe just for kicks, the group has decided to get back into the studio and give the world a few more of the harmony-filled love songs we crave.

In a statement Friday, the band wrote that “we all four felt that… it could be fun to join forces again and go into the recording studio. So we did. And it was like time had stood still and that we only had been away on a short holiday. An extremely joyful experience!”

The four members of the former Swedish supergroup ABBA say they have recorded new music for the first time since the mid-1980s. One of the 2 new songs will be released in December on a TV special tied to the band's 'avatar tour' project. pic.twitter.com/DADK8uek0W

The resulting two songs, one of which is titled “I Still Have Faith in You,” will be part of a TV special that airs on NBC and the BBC sometime next winter. And like on the tour, the holograms will be performing in the special—not the members of ABBA.

Fans are ready for the experience:

Bring on the holograms!