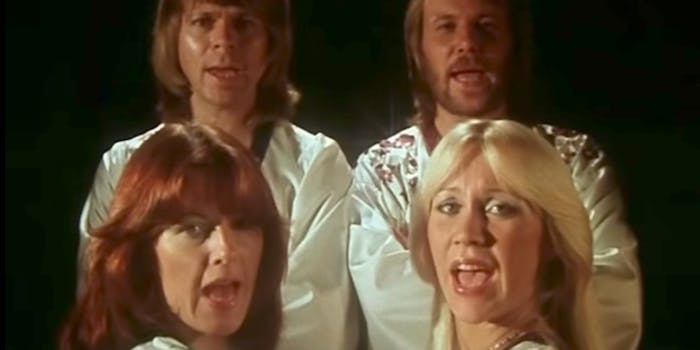 Whether it’s the go-to karaoke jam “Dancing Queen” or sold-out theaters (and movie adaptions) for the musical Mamma Mia!, the Swedish-pop group ABBA has remained relevant long after its disbandment in 1982. Although it’s been more than 30 years since the group last publicly performed, all four members are reuniting in 2019—well, sort of.

The group will be crafted into “digital avatars” for a virtual reality tour, something originally hinted at in October. Teaming up with Universal and American Idol creator Simon Fuller, each Swedish superstar (Agnetha Fältskog, Björn Ulvaeus, Benny Andersson, and Anni-Frid Lyngstad) has undergone digital recreation, mirroring their looks to 1979, when the band reached chart-topping popularity.

“We’re inspired by the limitless possibilities of what the future holds and are loving being a part of creating something new and dramatic here,” ABBA member Benny Anderson said to the Sun last year. “A time machine that captures the essence of who we were. And are.”

Holographic performances are nothing new, with previous musicians such as Tupac Shakur and Michael Jackson performing digitally for audiences at large-scale events like Coachella and the Billboard Music Awards. However, this will be the first time living musicians are choosing to do this on their own accord, and fans are confused and disheartened by the news.

Just heard Abba is planning a tour wth them as holograms. Talk about phoning it in.

ABBA is planning to go on tour as holograms and I'm…. confused

ABBA are planning to tour as holograms. I'll wait for the Broadway musical. Oh wait. https://t.co/1fVoeRRqFS

“It’s perfect. We can be onstage while I’m home walking the dogs,” Andersson said.