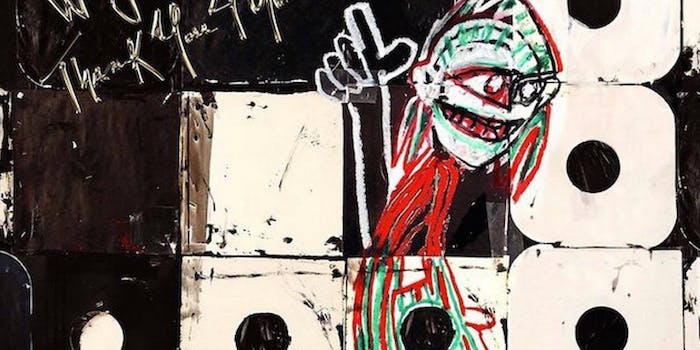 It's what we need right now.

For A Tribe Called Quest, new album We Got It From Here… Thank You 4 Your Service is also a sign-off.

It’s the first album from the NYC hip-hop group in close to two decades, and it’s also the last. Besides original member Phife Dawg, who passed away earlier this year, and longtime collaborator Busta Rhymes, the album also features Kanye West, Kendrick Lamar, Andre 3000, Talib Kweli, and Jack White, among others.

It sounds like classic Tribe and also something totally new, as final track “The Donald” points us in another direction. Questlove posted to Instagram on Thursday, saying this is the album we need right now.

See A Tribe Called Quest tomorrow on Saturday Night Live, hosted by Dave Chappelle. Ya know, if he shows up.

Stream the album via Spotify or Apple Music.