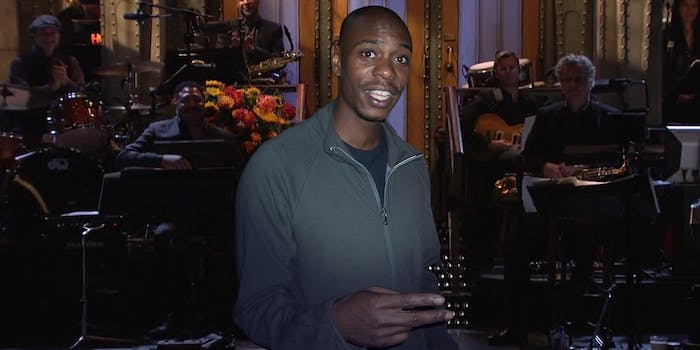 Dave Chappelle to host ‘SNL’ for first time ever

A Tribe Called Quest is the musical guest.

NBC announced on Friday that Dave Chappelle will host Saturday Night Live on Nov. 12. A Tribe Called Quest, which just announced its new album, will be the musical guest.

Dave Chappelle and @ATCQ are here next week! #SNL pic.twitter.com/1myd2E6zpt

This marks the first time Chappelle has hosted the show. It will also be the first SNL to air after Election Day.

tfw you find out Dave Chappelle is hosting SNL on Nov. 12th, with a Tribe Called Quest as the musical guest. pic.twitter.com/pQFjzUbdlW

Chappelle had a part in Spike Lee’s Chi-Raq, but he’s largely returned to the stage through standup appearances since Chappelle’s Show went off the air.