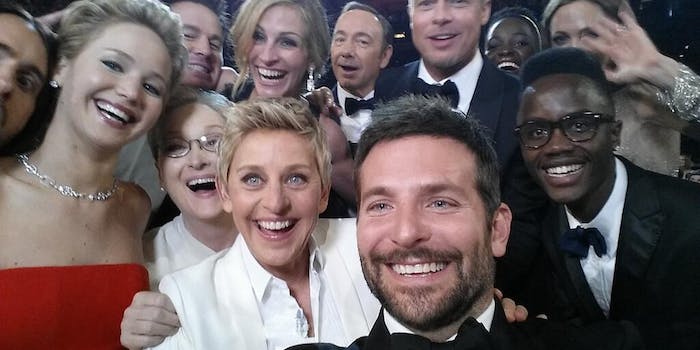 And the award for Best GIF goes to…

From Steve McQueen's big win to Amy Adams texting, we captured it all.

For last night’s Academy Awards, some of Hollywood’s best and brightest gathered at the Dolby Theatre in Los Angeles to celebrate stunning achievements in film. Ellen DeGeneres hosted the 86th annual event, which yielded big wins for Alfonso Cuarón’s Gravity, as well as Steve McQueen’s 12 Years a Slave.

We live-GIFed the whole event over on our Tumblr, but here are some of the highlights.

4) The greatest selfie ever taken

6) Harrison Ford eats all the pizza