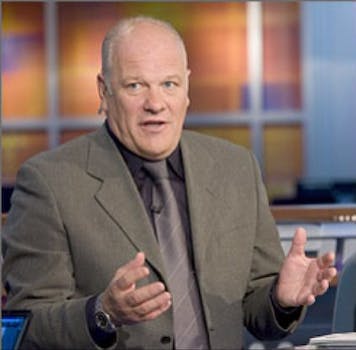 This summer’s hottest read (in more ways than one), Fifty Shades of Grey, is easy to make fun of. We’ve already seen that with Canvas community remixing the book’s cover, Gilbert Gottfried reading the tome in his decidedly unsexy voice, and a musical version of the raunchy novel.

This time around, a Twitter account spliced the book’s blunt sexual tone with the type of soccer analogies often spouted by that font of sporting knowledge, Andy Gray.

The former Everton and Rangers player, who was fired as a Sky Sports analyst last year over sexist comments, knows a thing or two about soccer. He’s known for catchphrases like “you beauty,” “what a hit,”  and perhaps most famously, “take a bow, son.”

Many of those phrases made it into 50ShadesOfAndyGray, which has amassed more than 35,000 followers despite tweeting just 29 times to date. Here are a few of the best so far:

Meanwhile, the Amazon commenters on Gray’s biography seem confused, with customers complaining that they expected something completely different. The title of Gray’s tome? Shades of Gray.