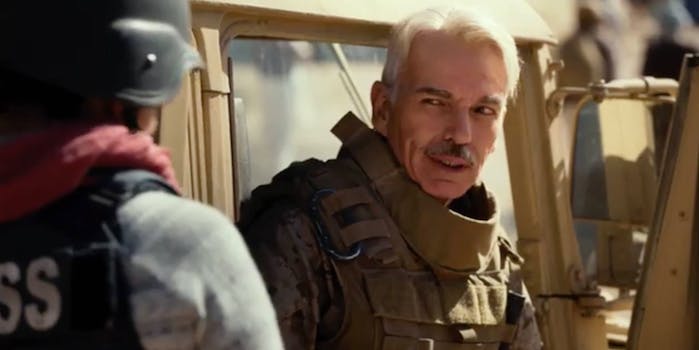 262 movies from 2016 get jam-packed into this epic trailer

Is that Donald Trump appearing alongside Kung Fu Panda?

Editor Clark Zhu took his editing expertise to the next level with this newly collated epic: an eight-minute, five-part trailer, featuring clips from 262 movies that came out this year.

This super-movie features stars like Kevin Hart, Dory from Finding Dory, Johnny Depp, and the Teenage Mutant Ninja Turtles. The visuals are scored with dramatic music, varying from epic classical accompaniment to the Knack’s debut single “My Sharona” for some reason.

If you’re up for the challenge, you can attempt to list all the films frame by frame. Or you can simply take a look at Zhu’s second-by-second movie listing on his website.

Thankfully, this is just a result of adroit, badass editing and not a real movie. Otherwise, we would all be thoroughly confused as to why in the hell Donald Trump appears alongside Kung Fu Panda.