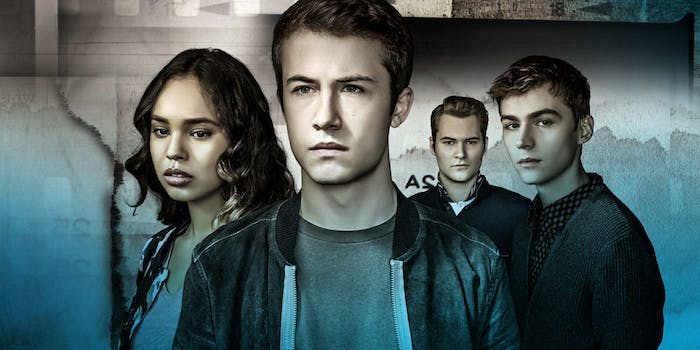 'We have just seen the study, and are looking into the research.'

Netflix’s controversial drama 13 Reasons Why was heavily critiqued for its graphic depictions of teenage suicide, with many detractors concerned its legion of young fans would mirror the behavior. They may have been right to be worried, as a new study has found that since teenage suicide rates spiked by nearly 30 percent after the show debuted in 2017.

The study caught Netflix’s attention, Nylon reports, and the streaming giant has promised to investigate the research further.

The National Institute of Mental Health and National Institutes of Health study released Tuesday found teen suicides increased by 28.9% one month after the series released. Nearly 200 additional teen suicides occurred over the course of the year. However, researchers stress, there’s no way to prove the Netflix show directly caused this spike, only that it occurred immediately after it began airing.

In response to this new study, a Netflix spokesperson told the Daily Dot, “We’ve just seen this study and are looking into the research, which conflicts with last week’s study from the University of Pennsylvania. This is a critically important topic and we have worked hard to ensure that we handle this sensitive issue responsibly.”

“The results of this study should raise awareness that young people are particularly vulnerable to the media,” NIMH scientist and the study’s co-author, Lisa Horowitz, told NPR. “[A]ll disciplines, including the media, need to take good care to be constructive and thoughtful about topics that intersect with public health crises.”

These results seem to echo those of a University of Michigan study last November. Researchers studied 87 youth patients admitted to a psychiatric emergency department for suicide-related concerns and found that nearly half had seen at least one episode of 13 Reasons Why. Several identified with the show’s main character, Hannah Baker, whose graphic suicide scene glamorizes the practice according to critics.

A University of Pennsylvania study released earlier this month, however, found both helpful and harmful effects among those who watched the series’ second season. The series’ third season is planned for a 2019 release.