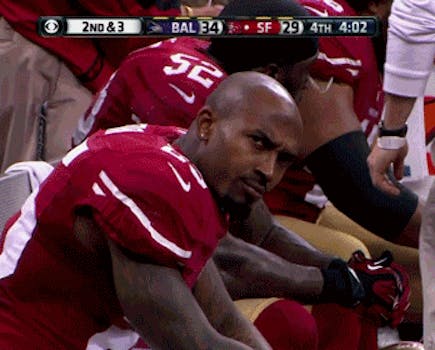 Who needs Tivo when you can rewatch the highlights in endlessly looped animations?

Who needs Tivo when you can rewatch the highlights in endlessly looped animations? Here are some of the best moments from Sunday’s big game.

1) Jacoby Jones’s touchdown dances, include one after his historic 108-yard kickoff return

2) The lights go out at the Mercedes–Benz Superdome

5) Ray Lewis, before and after