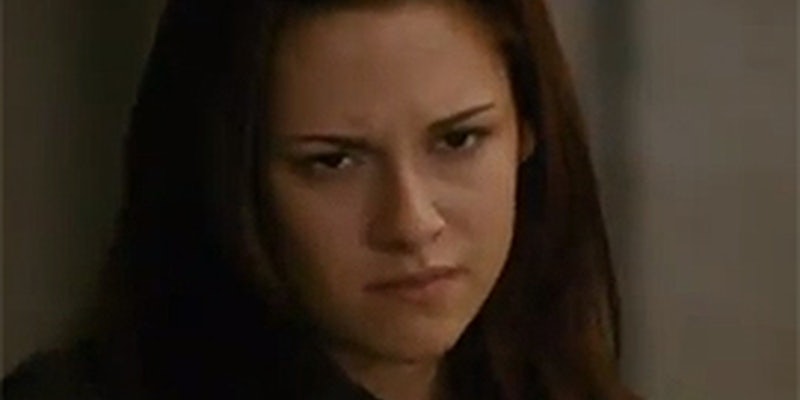 10 awesome things “Twilight” gave us all

Author Stephenie Meyer's blockbuster franchise may be coming to a close, but its legacy will loom large in fandom.

With the release of Breaking Dawn Part Two, the Twilight franchise is coming to an end—at least until author Stephenie Meyer finds a way to bring it back . Meanwhile, the fandom is gearing up to join Harry Potter fans in its slow, err, fandom twilight.

But that’s no reason not to celebrate!  Here’s a look back at some of the amazing things that Twilight and the Twilight fandom has given all of us over the last seven years—no matter how we feel about the books.

When voice actress April Winchell launched a site dedicated to showcasing weird and unfortunate crafts she found on popular handmade goods site Etsy, she thought it would mostly be for her own amusement.

But the first thing she ran across and decided to share with the public back in 2009 was a pair of Twilight-endowed Vans sneakers: 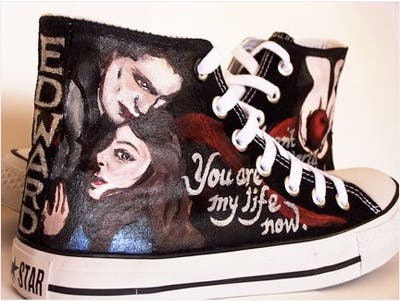 The offering—priced at $150—went viral immediately. Four days and 90 million hits later, Regretsy had been established itself as Etsy’s evil twin, the cynical answer to the deliberately positive crafts site. It felt like it had always been there, lurking in the shadowy corners while we shopped for buy-two-get-one-free ipod cases and paused, momentarily bereft of words, whenever we saw John Travolta’s hairdo on a totebag or similar items whose inexplicability defied belief.

“I put that up one year ago, pretty much for my own amusement,” wrote Winchell on the site’s first anniversary.

“I didn’t think anyone would find it, to be honest with you. People speculate that I had this all planned out, but believe me…. this was purely word of mouth, and about as exciting as anything that’s ever happened to me. It just exploded because you found it, and you told your friends, and so did they.”

Regretsy would undoubtedly have taken off among Etsy lovers regardless of how it began. But because it started off by showcasing a hilariously bad Twilight fanwork, it inadvertently stumbled across comedy gold and became an immediate cultural icon instead of a niche site. It capitalized not only on people’s eagerness to mock stupid crafts, but on people’s eagerness to mock Twilight, as well as misguided iterations of Twilight fandom. It was a home run, a combination that proved to be a win for everyone: The artist of the Vans sneakers, AyinX, not only sold her shoes but became one of Vans’ featured artists in 2010.

As a way to talk about what pairing you’re shipping, saying you’re on “Team X” has become so ubiquitous now that we hardly even recognize the origin; but we wouldn’t have it without Twilight fandom, which turned the love triangle of the decade—who Bella would end up with, Edward or Jacob—into a pastime that made epic ship warring seem more like baseball. It’s even spread into use with other things, too. Are we on Team Santa this Christmas? You bet we are.

Fans have long been “filing off the serial numbers” and publishing their fanfiction under different names, but with the advent of the Twilight fandom, fans started to legitimize the operation by forming entire publishing houses to do it in. Groups of Twilight fans started what amounted to in-house Twilight publishing presses, like the Writers’ Coffeehouse, which originally published Fifty Shades of Grey, and Omnific, which gave us the most recent Twific-turned-bestseller, Gabriel’s Inferno.

Whatever you think about the quality of the works produced, it’s undeniable that by publishing for themselves, to their own tastes, and jump-starting the careers of dozens of Twilight fan writers, these women have completely changed the landscape of publishing—and perhaps fandom, for that matter.

4) Kristen Stewart’s refusal to smile for the camera

It got her labeled a spoiled, pouty emo chick, but every time Kstew showed up in the media wearing couture gowns, high-top sneakers, and a frown, she sent millions of Twilight fans, most of whom are young women, the message that she was comfortable being herself. She also wasn’t comfortable presenting a perfect image for the camera just because society told her to—singlehandedly combating some of the more controversial themes of Twilight itself. 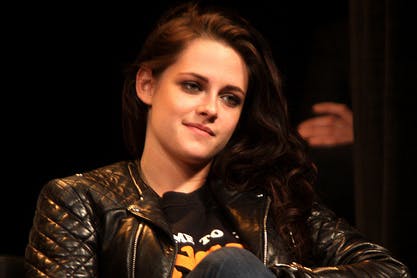 But all of that aside, it’s hard to overstate how completely Fifty Shades is a publishing industry game-changer: It’s a work of Twilight fanfiction that has sold over 40 million copies around the world.

Before Fifty Shades, publishers took something of a “keep it secret, keep it safe” approach to fandom, and published authors rarely owned up to having written fanfiction. Now the industry is actively canvassing fandom for authors and fics that could be converted into potential bestsellers. Before Fifty Shades, many members of the publishing industry had never even heard of fandom. Now they’re holding fanfiction contests.

As an iteration of what Lawrence Lessig calls remix culture, fanfiction and fanwork generally haven’t had an easy path to legitimacy, partly because of the ambiguity of the law and the general inability of the publishing industry to figure out whether fanfiction was a good thing or a bad thing. But now, with the advent of Fifty Shades of Grey, and a steadily increasing publishing roster of bestsellers hewn from Twilight fanfics, all that we thought we knew about fanfic being a dirty little secret has changed. Now you can still yell as loudly as you want that all fanfic authors are plagiarists. But fewer and fewer people will be listening.

There’s a popular fandom meme that simply states, “Nobody hates Twilight as much as Robert Pattinson hates Twilight.” The evidence for this is literally all over the Internet,  but if you want the one-stop-shop for RPatz’s hatred, try Robert Pattinson Hates His Life, a Tumblr dedicated to “the sheer magnitude of Rob’s self-loathing and his blatant hatred for the Twilight franchise.”

Alternately, you can try not to be charmed in spite of yourself by BuzzFeed’s supercut of Robert Pattinson’s hard life:

Let’s be honest. Before Twilight, when you thought of “young adult novels”—if you ever thought of them at all—you probably thought of this: 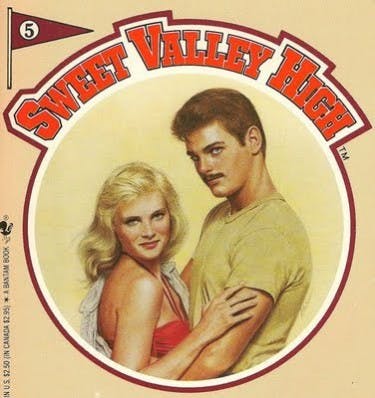 
But because of Twilight, publishers have realized the value of eye-catching, iconic imagery. For a while there, it seemed as though everything looked like this: 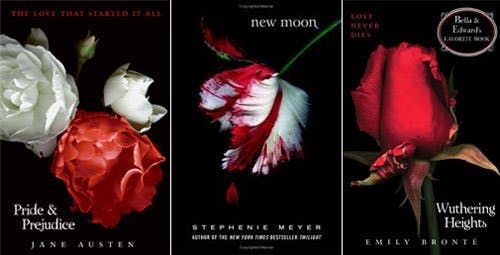 The iconic black/white/red cover with a single striking image on the front may have been Twilight’s nicest gift to the aesthetic of publishing. From it we got the concept for amazing covers like The Hunger Games and other post-Twilight bestsellers:

While we still can’t tell a book by its cover, the striking minimalist design of Twilight is just one more factor that’s helped make the YA shelf at your bookstore one you’re no longer embarrassed to be caught reading. 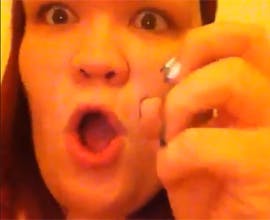 It’s rare that a fan handles having the spotlight suddenly turned on them this well, but Emma Clark, better known to the Internet as NuttyMadam3575 on YouTube, has spent the last four years schooling us all. Although her vlog reactions to various developments in the fandom were already popular among Twilight fans, she went from “popular on YouTube” to downright notorious after her hilarious “amazing booook” review of Breaking Dawn went viral in 2008. Her videos have racked up over 40 million YouTube views since.

What most people failed to realize, as they were mocking her for her intensity and her appearance, is that when she’s not having trailer-induced meltdowns, Clark is a smart, articulate, passionate fangirl who continually makes Twilight fans sound sane and more well-reasoned than most media portrayals ever do.

“The only thing sexual about Twilight is the fact that [Bella and Edward] can’t have sex,” she says in one video response. “It’s that anticipation that I believe should always be there… Part of the reason the series is so popular with girls of a young age is that it talks about those subjects in a way that doesn’t threaten the girls.”

Even more than her well-known histrionic excitement, it’s these moments, along with her refusal to be anything but herself, that made the cast of Twilight eager to meet her. At the Dot, we’re especially fond of Clark’s reaction to speculation over Kristen Stewart and Robert Pattinson getting back together again after Stewart cheated on him; watch as she delivers a “Leave Britney Alone!”-esque reprimand to other fans for believing that the whole thing was one giant conspiracy:

Even though things got rough for the couple earlier this year, it’s hard to deny that Kristen Stewart and Robert Pattinson, or as fans know them, KStew and RPatz, or simply, “Robsten,” is a real-life fairy tale. Fans don’t often have the pleasure of watching the actors who portray their characters fall in love off-screen as well as on-screen, and though the couple was officially mum about their relationship for years, the fans knew chemistry that strong had to mean something. 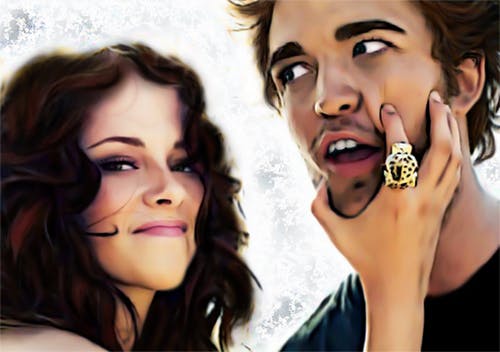 No matter what you think of Bella and Edward, their real life doppelgangers are cute as a button together, and they’ve given their fans—and the rest of us—plenty of “awwwwww” moments. To quote VH1’s Kate Spencer,

“They remain unique as individuals — introverted, creative, kind, dedicated, funny and amazingly unchanged by the insanity that surrounds them. It’s almost impossible to find anyone in Hollywood like them, and that’s why it’s always seemed so special that they found each other.”

You may not be able to bring yourself to listen to the hilarious Twilight DVD commentaries, in which Rpatz and Kstew both go to town making fun of their own characters. But fear not: Mike Nelson, Bill Corbett, and Kevin Murphy, a.k.a. the guys from Mystery Science Theater 3000, are here to help.

Rifftrax is now in its sixth year of shamelessly skewering blockbusters the way MST3K used to do to low-grade B movies. While rival MST3K spinoff Cinematic Titanic has preferred to stick to public domain films for its new series of riffs on bad movies, Rifftrax has a full arsenal of wide-release films both old and new—none more glorious than its riffs of each of the four Twilight films on DVD.

Highlights include: their inexplicable love for Jackson Rathbone’s Jasper (whom they nickname “Harpo”); their fillers (“…Line?”) in-between the innumerable moments when the Twilight actors simply trail off in mid-sentence; their obsession with the opening theme song and the vanishing science lab armadillo; the totally unnecessary, totally wonderful So I Married an Axe Murderer tribute; and, of course, the highlighting of Edward’s hilariously awful, possessive stalker tendencies. By the time you’ve made it all the way to Breaking Dawn Part One, you almost don’t need the riff to help you through the experience; you’ve reached a higher plane of existence that allows you to accept the sheer greatness of the Twilight franchise.

And with the final movie out in theatres now, that might just be the greatest gift of all.