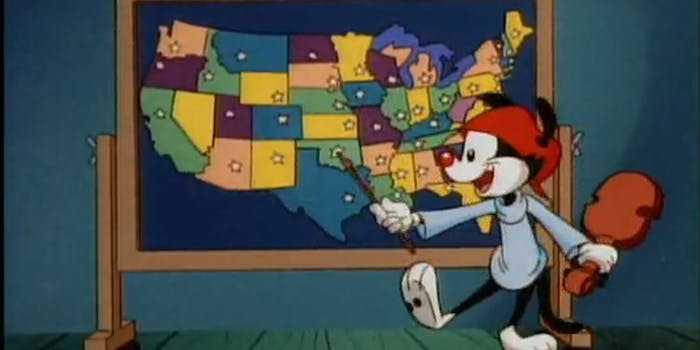 Learn about the Atlantic slave trade, the Higgs Boson, and Schrödinger’s C​at.

Online video is paving the way for the future of education, due in large part to YouTube.

“What YouTube really imagines is a world in which any person with high speed Internet access can, if she or he is adequately motivated and works hard, have access to a good education through online video,” John Green told the Daily Dot.

With thousands of educational YouTube videos to choose from, the Daily Dot gathered a list of 10 essential educational videos you should watch right now to get you started.

Stemming away from his usual humor, John Green looks at the history of slavery and the meaning (as well as overuse) of the term in the latest Crash Course video. Slavery has been around about as long as civilization, and although slavery ended about 150 years ago in the U.S., it’s still a sensitive subject (as seen in the comments).

Originally posted to Vimeo two months ago (and published to YouTube by TheScienceHD), PHD Comics explains the Higgs Boson in simple comic form so that anyone can follow along. Scientists discovered evidence that the Higgs Boson particle existed last week, much to the excitement of much of the scientific community (and the confusion of many others).

3) CGPGrey, “The Difference Between the United Kingdom, Great Britain and England Explained”

C.G.P. Grey breaks down the “country of countries” known as the United Kingdom of Great Britain and Northern Ireland and explains the different names by using graphics and Venn diagrams. If you’re heading to the London Olympics in a couple weeks, just remember to use the correct terminology; while Great Britain consists of England, Scotland, and Wales, you shouldn’t call someone “British.”

Speaking of the London Olympics, the boys of AsapSCIENCE are back with an in-depth look at why endurance-based Olympians who train in high altitudes might get a medal over those who do not.

Game designers and scholars offer insight into how video games structure the way people view and engage with the world, in both a collaborative and competitive sense.

6) PBS Idea Channel, “Is Twitter the Newest Form of Literature?”

With Twitter’s 140-character limit, Mike Rugnetta argues that “constraint is the very basis of creativity” as many writers use Twitter to spark creativity in their writing; many comedians have even tested out their material online.

If you’re trying to quit smoking and antismoking campaigns aren’t giving you that final push, Hank Green has a list of weird and not-often-cited side effects from taking that puff, from sagging boobs to harming your pet.

Henry Reich of Minute Physics panders to the Internet by providing a cat video—Schrödinger’s Cat, that is, which is the experiment of whether a cat is dead or alive after putting it in a box full of gunpowder explosives that have a 50 percent chance of setting off.

Schoolhouse Rock! perfected using memorable tunes to explain concepts in government, grammar, and science. “I’m Just a Bill” explains the American concept of checks and balances in the legislative system.

While not technically an educational program, the animated ‘90s television show Animaniacs featured this segment with Wakko answering a Jeopardy-esque question on the names of the 50 states and capitals to the tune of “Turkey in the Straw,” which helped many kids learn their states and capitals.