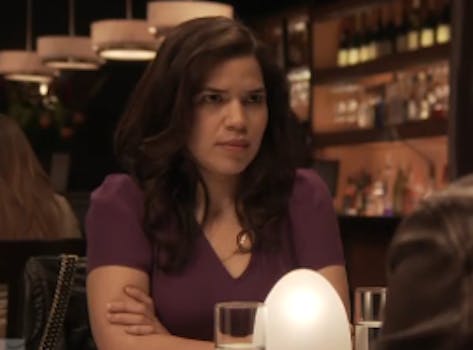 Here's our rundown on what's current, what's coming, and what we hope will come back.

Netflix’s exclusive online series House of Cards has put the subject of Web series on everyone’s mind (and the ballots for Emmy consideration). But there’s so much more out there than what’s streaming on Netflix and Hulu. From Yahoo!, Vimeo, and YouTube to a host of private networks, there’s a Web series out there for you.

So which series are worth checking out? You may have heard about the “big” shows, like Felicia Day’s The Guild, Tom Hanks’s Electric City, and Hulu’s Booth at the End. You may have even heard about the online cult hits, like Squaresville and Inspector Spacetime. But what about the other shows you may have missed? In this follow-up to last year’s Web Series 101, the Dot gives you the rundown on what’s current, what’s coming, and what we hope will come back.

Pros: It’s impossible not to love the ongoing adventures of J, whose bad rap lyrics are almost as awkward as her life. With season 2 underway, this award-winning series blends social anxiety, romance, and nerd culture into one hilarious mix that continues to be the best show on the Web.

Pros: With all-star casts, good writing, and a commitment to crafting memorable characters, it’s easy to fall in love with Wigs, which is less a series than a network of short sub-series, each one exploring the life of a different woman.

Cons: The series is a bit difficult to follow because of all the concurrent series and different storylines. It’s easiest just to pick a playlist.

Pros: It’s produced by Ben Stiller, who knows comedy and assembled an A-list cast. Burning Love is a hilarious, intelligent, surprisingly endearing parody of reality TV dating competitions. It takes these shows’ heady cliches about love and sex to their natural hysterical conclusions, all while showcasing great writing and great acting from a cast including Kristen Bell, Jennifer Aniston, and Community’‘s Ken Jeong.

Cons: Although season 2 is currently airing, season 1 has been taken totally offline in anticipation for the show’s television debut next week. The upside? Just like the actual Bachelor/Bachelorette, you don’t need to know anything about season 1 to jump into season 2.

Pros: This unique and poignant show is based on the hit viral video to Filipino prisoners dancing to Michael Jackson’s “Thriller.”  Through a series of vignettes about a fictional Filipino prison dance team, this musical—which is also an interactive transmedia experience with an actual stage counterpart—is touching, funny, and well-acted.

Cons: The plot is a little flimsy and melodramatic at times, but with a diverse cast, a transgender main character, and a light focus on social issues, we don’t have a lot to complain about here.

Pros: Machinima’s latest offering is hypnotically weird, and we’re on the “love” side of the love/hate divide.

Cons: Zoochosis is the offspring of a crass and heinously sexist series of “short films” by the same name at Zoochosis.com. So far they’ve (mostly) stayed away from the intensely creepy, objectifying antics of the previous version, but seriously, one more creeper cleavage or panty shot and we’re done here.

Pros: Jack Black is behind it, and hey, if Jack Black thinks it’s funny, it probably is. (Unless it involves Michael Cera. It’s OK, Jack, we all have our weak spots.)

Cons: It looks like a fictional rehash of a short-lived tongue-in-cheek reality bit called “Girly Ghost Hunters.” Then again, just because Canada rejected the concept doesn’t mean the Internet will.

Pros: This is an intriguing Young Adult fantasy series along the lines of Beautiful Creatures and Once Upon a Time, whose plot is being crowdsourced directly from fandom. So far it seems to be working.

Cons: So far it looks like it’s trying desperately to do about 70 different things at once. It’s like a train wreck, but we honestly can’t say we’ve ever seen any other Web series quite like it. Christian vampire urban fantasy rap.

Pros: After a highly publicized preview of the first two episodes, this dramedy about a gay relationship on the rocks easily met its Kickstarter goal to fund the rest of the season.

Cons: So give us the rest already.

10) The followup to The Lizzie Bennet Diaries

Pros: This modern-day adaptation of Pride and Prejudice has more than earned its large and enthusiastic fan following, and as the epic transmedia series nears a close, Bernie Su and crew are looking to continue their success with a new project.

Cons: By far the most popular choice for the LBD crew’s next project is Jane Austen’s Emma, but this would be an incredibly tricky project to adapt, and nothing will ever top Amy Heckerling’s modernization in 1995’s brilliant Clueless. But whatever it is, we want it yesterday.

Series we need more of: These series are on funding hiatus or in-between seasons, but we hope they’ll be back.

1) H+: the Digital Series:  Like everyone else, we quickly fell in love with Usual Suspects director Bryan Singer’s high-budget dystopian thriller. With an epic 48 episodes in season 1, we should feel spoiled, but instead we’re clamoring for more.

2) Hipsterhood: This low-budget comedy already has Kickstarter funding for a second season, and we hope that means new episodes will follow. We can’t resist making fun of hipsters. Or hipsters making fun of themselves. Or a show that allows us to enjoy both at once.

3) Space Janitors: The move to Geek & Sundry has been good for this quirky Canadian sci-fi spoof. But although season 2 is done filming, there’s no ETA on when it will launch.

4) Job Hunters: This dark comedic satire in which Battle Royale meets The Office needs to return so it can answer the burning question: If this is an “only the strong survive” fight to the death, then why is everyone white?

5) Leap Year: This quirky series about four friends who get laid off and start their own business has something we’d never expect to find in a series about venture startups sponsored by an insurance company: warmth.

Bonus
Video Game High School: Supporters have already raised nearly a million dollars on Kickstarter to fund season 2 of this popular series, which asks the simple question: What if high school was a series of real-life video games?