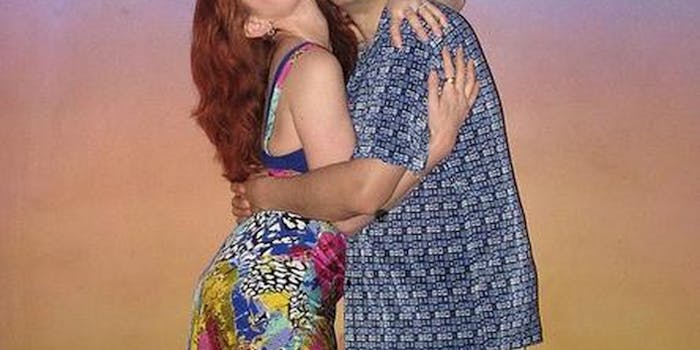 Finally, a Tumblr for single people who can't stand reading about their married friends on Facebook.

Marriage is one of the most exciting times in life—if you’re the one getting married. But for single friends, it can be utter hell.

The public displays of affection and talks of family planning are enough to lead to some awkward moments between the newly-married and those who are still flying solo.

A new single-serving Tumblr (emphasis on the single) called #myfriendsaremarried has captured these situations through reaction GIF animations. In two months, the blog has collected more than 5,000 followers and 120 submissions.

Here are the 10 that have resonated the most with single Tumblr users—or married ones who just want to rub it in—thus far:

7) When someone posts their engagement pictures on Facebook (122 notes)

Photo by Synergy by Jasmine/Flickr