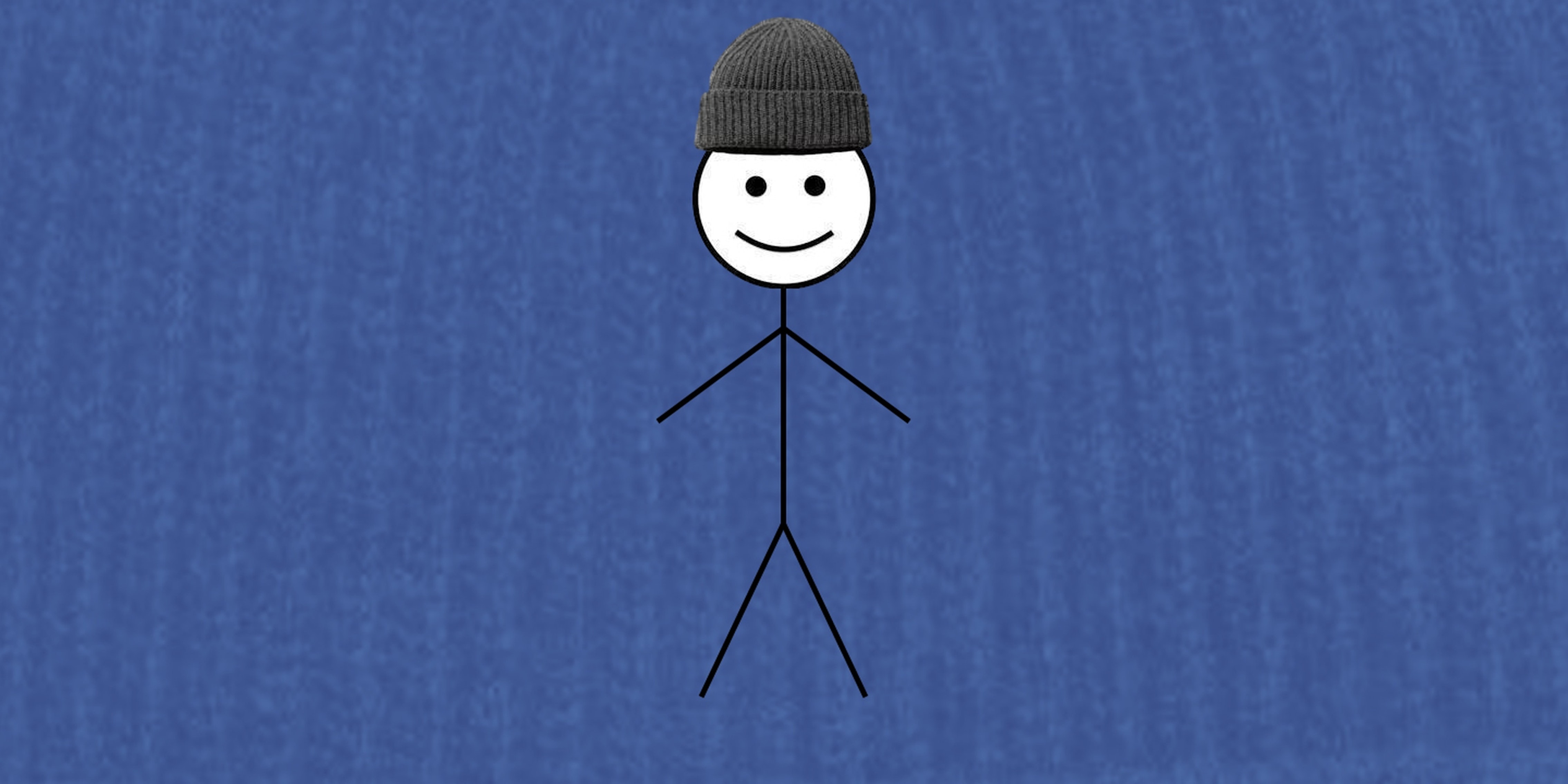 What the Be Like Bill meme actually says about you

A meme as a statement of individuality makes no sense.

While this question would’ve been nonsensical to many a mere week ago, the stick figure image it now conjures has become almost inescapable. It all started late last year, with a simple meme from a Moldavian programmer living in Italy named Eugeniu Croitoru. Bill, the stick figure in question, was a representation of civility on the Internet. He didn’t argue, he didn’t get in fights, he didn’t get worked up about things. He just moved on, content to keep his opinion to himself. The meme soon spawned a Twitter account and Facebook page, along with several spin-off versions of the original ideal, all furthering Bill’s original message of peace and level-headedness.

But all of that was small peanuts compared to what happened this weekend, when Bill blew up thanks to a meme generator on Blobla. Now, you could also be like Bill. Or rather, you could share your own version of the Be Like Bill meme, telling all your Facebook friends how smart you are, and why they should be like you too. Chalk it up to blizzards and boredom, but users took to this like gangbusters, and within 48 hours the meme spread like wildfire. And just as soon as the meme became prevalent, it became almost equally reviled, with an anti-Be Like Bill page to prove it. Designed initially as a celebration of unshowy originality, the irony was eventually summed up best in this tweet:

Except that Be Like Bill is harmless, right? It’s a bit of fun, no more no less. Forget for a second that Bill’s impassioned nature shouldn’t necessarily extend beyond the realm of Internet memes, into actual ideas worth fighting for. What’s more interesting than the meme itself is what it says about how we express individuality on the Internet, and how those ideas manifest in the use of memes.

Because of its inoffensive, friendly manner, the Be Like Bill meme was quickly and unsurprisingly adopted by several different causes and businesses looking to advance their brand. But the same might be said of the way Facebook users shared it, whether what the Bloba meme generator came up with had anything to do with their online persona or not. Everyone wants to be smart. Everyone wants to be emulated. The obvious catch is that no meme, no matter how clever, can accurately condense a person into one, tiny shareable piece of information. This speaks to the flaws in the idea of “self-branding” as a common practice. Every active Internet user is a brand to a certain extent, an image that they want people to buy into. And branding is an especially necessary process if you have any interest in making money off the Internet. The flipside is that the brand we present to the world is no more than a sketch, designed to reduce people to the most sellable versions of themselves.

Cody Delistraty, a freelance writer and producer for Charlie Rose, expressed this concern in a 2013 essay for Thought Catalog:

“This self-branding of “interestingness” or “uniqueness” smacks of fabrication. It seems there is no escaping this fact: when you are forced to describe yourself in a ten-word article bio, a one-hundred-and-forty-character Twitter bio, a one-page résumé, a two-inch-by-two-inch Facebook “about” box, a page-long about.me page, or whatever other method you use to disseminate carefully curated information about yourself as a means to a job and social prestige, you will find that it does not even come close to describing who you really are.”

The strangeness of reading these observations on Thought Catalog, one of the Internet’s most reviled sites—where “originality” is often synonymous with stupidity – should be lost on no one. Yet Delistraty’s words echo the legitimate concerns of many who have come to fear that what we want from the Internet is not an exchange of unique ideas, but an echo chamber where our perceived uniqueness is undermined by the desire to have our unique ideas validated by those who feel the exact same way. To put it in Bill’s terms, if everyone is smart, and everyone is like Bill, then what’s the point of Bill in the first place? Others still, like British motion designer Thom Haig, have questioned whether the connectivity of the Internet has killed individuality altogether, as we collectively ride a wave of recycled ideas down the information superhighway.

What’s more interesting than the meme itself is what it says about how we express individuality on the Internet, and how those ideas manifest in the use of memes.

It is here that we return to the matter of memes. Richard Dawkins coined the phrase in 1976 to describe an idea that extends throughout the culture, one individual at a time. Internet memes proved to be the perfect distillation of this concept, as nothing is simpler or easy to share than some text overlaying an image.

Never has this simplification been more obvious than during election season, where no matter what side you’re on, there is surely a meme out there to let everyone know how well-informed and unique your opinion is. But memes are rarely either of these things. Just ask Last Week Tonight host John Oliver. When quotes attributed to Oliver accompanied by his image began appearing online, he took to his show to set the record straight. “That is the problem with memes,” he said. “If you have the right font, and the right photo, any quote can seem real. And I’ll tell you how I know that, because for years now, you may have seen multiple photos of me, comparing gun control to airport security. It’s an interesting thought. Here’s the thing: I never said that.”

But even if the quotes in question are real, the memefication of them takes away all sense of nuance and context. Internet memes are fun. They’re uncomplicated. But they don’t count as true analysis, and they don’t carry any real weight about the subject which they prescribe to be telling you about.

This is why a meme as a statement of individuality makes no sense. If the Internet meme is a simplification, which is is, its power lies not in what its saying, but its ability to be repackaged time and again. Which begs the question, do we simply generate the viral spread of ideas, or does the spread of these ideas control us too? As we put our own “unique” spin on the meme of the week, what is it that’s actually being advanced? Is it our own, unique ideas, or is it more fodder for the echo chamber? Is it us influencing the memes, or is it the other way around?

Be Like Bill is a great meme because it is simple. It’s a quick laugh, or a sly rebuke. But whether there is a truth to the idea behind Be Like Bill matters not, when its power lies less in the idea behind the meme, and has more to do with the meme’s adaptability and simplicity. Bill is not unique, he’s just very shareable.

So go ahead, be like Bill. The original Bill probably wouldn’t care about memes that much anyway.