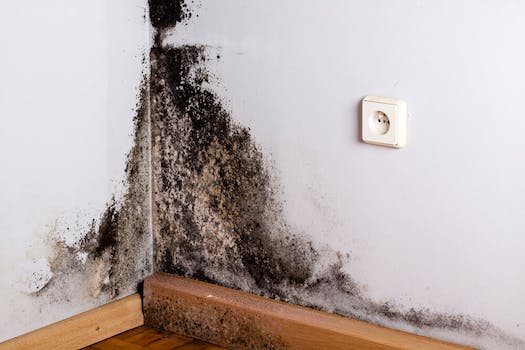 The hashtag was started by Generation Rent, an organization that works toward better protections for renters.

The hashtag #VentYourRent is trending on Twitter as people expose their ill-treatment by landlords and call for better protections and an end to the housing crisis that has made them prey to exploitative property owners.

Renting in the UK is to be in an exploitative relationship with a psychopathic narcissist. I should know, I’ve done both.

#VentYourRent – living in east London is great. Until you start sharing your house with mice & rats…And your landlord/agent really couldn’t give less of a fuck if they tried. Are you allowed to buy rats from a shop and put them in your landlords house? pic.twitter.com/hY2AtIqTHr

The hashtag was started by Generation Rent, an organization that works toward better protections for renters while facilitating networking and campaigning by the renters themselves. Designed to highlight the rental crisis faced by predominantly young and low-income people, the tag has exposed the extent of the problems faced by renters in the UK, as well as specific patterns of maltreatment by landlords.

have to wear a breathing mask in my livingroom to clear it out because after 8 months of living in a flat with damp that turned to mould neither me or louis can breathe properly (he has asthma) and all of us including the cat have come up in rashes #VentYourRent pic.twitter.com/G6cdvwx1Eh

ha ha yeah I had that too. Not as bad as you but we kept getting mould and were essentially told "it's your fault, open the windows more." Bull…fucking….shit

#VentYourRent
Serious ongoing issues with mould with bathroom & kitchen. 6 months after complaining about collapsing kitchen ceiling (on the right) and nothing has been done. pic.twitter.com/hCEUX7lhjy

Likewise, people shared other safety violations, like an absence of fire alarms or telling a renter in a flat with a carbon monoxide leak just to “sleep with the windows open.”

Less essential—though still entirely necessary —repairs are also being put off or avoided entirely by landlords. Rats in the fridge will at least kill you more slowly than a carbon monoxide leak, but they’re far from frivolous.

I've vivid memories of having to *beg* landlords to replace worn out or damaged items, from badly installed/made blinds that fell apart after a week of use to bath panels that repeatedly rotted due to the mouldy bathroom.#ventyourrent

£650pcm – Fridge freezer in my bedroom (no plugs in kitchen) kitchen cupboards unfit to store food or cooking stuff in (mold, silver fish), no hot water for 2 months 'You no like, you move', leaking toilet – fined £250 on leaving for 'hair in the carpet'. #VentYourRent

My friend's fridge. The hole was made by a rat. Yes. A rat ate through her fridge. And the landlord neither replaced the fridge nor dealt with the rat infestation. #VentYourRent pic.twitter.com/i4KsIkMArU

And people have actually been evicted for making the repairs themselves after their landlords refused.

Revenge evictions in response to complaints, objections to rent increases or unreasonable behavior from a landlord are an overall problem. As are short notice evictions in general, enabled by Section 21 notices which allow a landlord to give just two months’ notice to their tenants.

After finding out that we had the audacity to call the local environmental health team the landlord gave us an hour to remove our possessions from the house. The landlord then changed the locks. 2/3 #VentYourRent

Today @genrentuk is plastering stories of renting all over social media using #VentYourRent.

Here’s mine, what’s yours?: pic.twitter.com/cUNpdeustR

This is the same reason why I haven't contacted my landlord about black mold growing in both bedrooms and having no hot water because heating element has gone in immersion tank, scared of being evicted and homeless with a child.

Last year a letting agent served a Section 21 on me 'as part of the lease renewal process'. So if I didn't agree with any rent rise, they'd already started the eviction process.

I call that extortion, they called it business. (I've moved since then, all fine now). #VentYourRent

Once I had to leave a tenancy on New Year's Eve as my landlord was selling up. Yay. #VentYourRent

The only room I could find in my price range at the time was a flatshare with a fully-grown actual pig. Her name was Francis, and while I quite liked her she took up A LOT of space.

Had to leave a house years ago,just before Christmas, because the landlord was getting out of prison ….for attempted murder!Gave us 2 weeks!I had NO idea when I rented the place! Me n my family were almost homeless because we couldn’t find anywhere #VentYourRent

Then there are the landlords who just let themselves into the property with no warning whenever they feel like it, or even allow their friends to, as in @6CylinderLTD’s terrifying experience, where three strange men let themselves into her flat for a “property inspection” while she was in the shower.

I ran into the kitchen, grabbed a knife and screamed until they left #ventyourrent

Landlord let himself in day after I put notice in.

(I hadn’t started the clean and repaint yet. I had a month)

He went around every nook and cranny then left me a note. Charges I owed him on top losing the bond £550

He charged me £10 for new oven trays.

And who charge exorbitant amounts for unnecessary cleaning and repairs, or keep peoples’ deposits over it instead.

#VentYourRent this very polite message from our landlord when we refused to let him charge us for a non-existent deep clean. Nothing wrong with being northern thanks very much. Thanks for the opportunity to vent @genrentuk ! pic.twitter.com/iGW4xkoSB9

I demanded a copy of invoices for all the work that "had to be done" after I moved out of my last place.

She blocked my number.

In uni, my housemates and I paid for a cleaner to do a deep clean at the end of our tenancy (it was not compulsory).

However we all had a substantial amount deducted from our deposit because the cleaner left a HAND MARK on the bathroom mirror. #VentYourRent

Labour and the Liberal Democrats hopped onto the tag.

#VentYourRent shows just how bad the housing crisis is. This is why Labour will give renters more rights, stop unfair evictions, make sure housing is decent and cap rents in the private sector. #VoteLabourhttps://t.co/hviLQzXNU5 pic.twitter.com/nQHKyYVzFb

Though the Conservative party are conspicuously absent.

No response from the @Conservatives yet

Tying into the other reason that Generation Rent started #VentYourRent today: the deadline for registering to vote in the upcoming general election is tomorrow, and they want to make sure that everyone affected by the rent crisis can take their complaints to the ballot box on Dec. 12.

Because we renters move around so frequently, we estimate that there are 2.4m at risk of missing out on picking the next governmenthttps://t.co/CCLBC0Z0EE