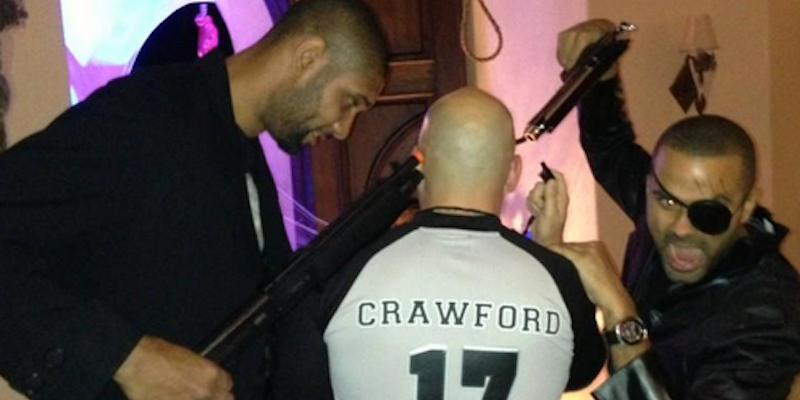 Reddit found a photograph from a Halloween party that depicted Spurs superstars Duncan and Parker posing with guns, black robes, and a man who appeared to be dressed as Joey Crawford, an NBA referee.

The hits keep coming for the NBA’s San Antonio Spurs. Or at least they surely will be soon.

Over the weekend, Reddit found a photograph from a Halloween party that depicted Spurs superstars Tim Duncan and Tony Parker posing with (fake?) guns, black robes, and a man who appeared to be dressed as Joey Crawford, an NBA referee. 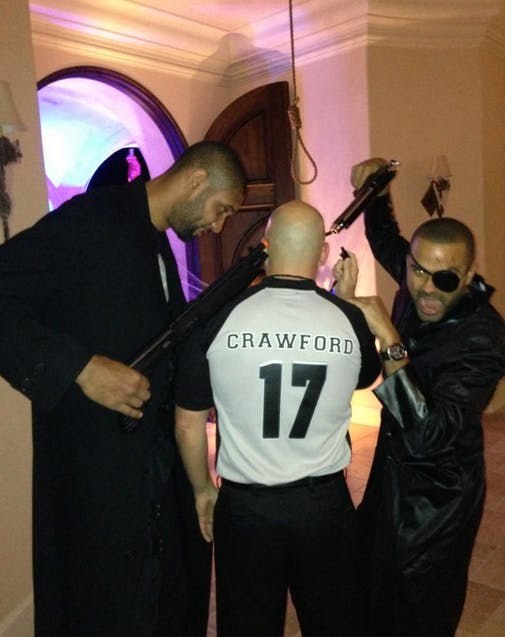 The guns were held by the two hoopsters and pointed at Crawford’s head. Though the subjects of the photo were laughing, there’s truth in every joke: Duncan and Parker have never thought so highly of the controversial basketball official, with whom the two have often butted heads over the course of their long, illustrious careers.

The NBA has yet to levy any sanctions against the two Spurs, but both players should expect some type of fine.

When it happens, it will be the second sanction laid down against members of the Spurs organization in a matter of days. On Friday, the league fined the team $250,000 for benching its three stars—Duncan, Parker, and shooting guard Manu Ginobili—for the entirety of its game against the Miami Heat, a decision that commissioner David Stern ruled was a “disservice to the league and our fans.”

Chances are that Duncan and Parker—who make millions—will laugh off any fine they both receive. This, of course, may just result in another ejection by Joey Crawford.