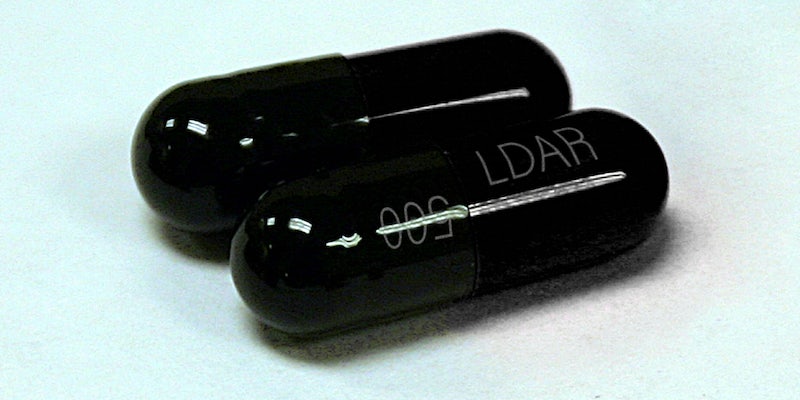 Why Reddit finally banned one of its most misogynistic forums

It's not that they were "involuntarily celibate," it's that they blamed women.

Warning: This article includes discussion on suicide. For more information about suicide prevention or to speak with someone confidentially, contact the National Suicide Prevention Lifeline (U.S.) or Samaritans (U.K.).

“Incels,” the self-identified “involuntarily celibate men” who typically harbor anger at women for “denying” them sex, have created a toxic online culture whose influence is far greater than their numbers would suggest. On Wednesday, incels lost one of their most prominent forums, Reddit‘s r/incels subreddit. Reddit banned the group under a policy against activity that “encourages, glorifies, incites or calls for violence or physical harm against an individual or group of people.”

The difference between Reddit’s incels and men who simply identify as single (or awkward, or virgins, or just not having sex right now) is that incels explicitly blame women for their problems. A lot of the discussion on r/incels frames women as lacking agency and “biologically” helpless to resist alpha males. In their simplistic view of human nature, women only have sex with “Chads” who rate 8 out of 10 or higher on an imagined scale of attractiveness. If a “sub-8,” like most of the posters on r/incels, wasn’t getting laid, it wasn’t his fault. It was women, who were portrayed as evil “femoids” or “femshits” or “roasties” (don’t ask) who intentionally lead on legions of hopeless “orbiters” to get free drinks and other benefits.

Standing up for women, or suggesting they might experience the same social struggles as hopeless men, was enough to get someone banned from the subreddit.

It may seem contradictory that women can both be biologically inclined to “use” incels and also “evil” agents who are entirely at fault for the incels’ pain. That’s because it is. R/incels was about men who are hurt and angry, not about making sense.

What ultimately did r/incels in, and made it something more dangerous than just a misogynistic support group for loneliness, was rape advocates. The twisted outgrowth of r/incels’s dehumanizing view of women was that some posters began to advocate it was ethical to rape them. What seems to have been the inciting event for the ban was that a man went beyond advocating rape and appeared to be researching how to get away with it.

The poster appeared in Reddit’s “legaladvice” community, claiming to be a woman who wanted general advice about “how to catch a rapist if you don’t know who he is.” But the legaladvice community checked the post history on the account, and it seemed to indicate that the poster was not a woman. In fact, they had been posting on r/incels.

Other legaladvice users chimed in to say they had reported the person to Reddit. Less than a week later, r/incels was shut down.

“Communities focused on [content that “encourages, glorifies, incites or calls for violence or physical harm against an individual or group of people”] and users who post such content will be banned from the site. As of November 7, r/Incels has been banned for violating this policy,” said Reddit in a statement reported by The Guardian.

There may have been other violations of Reddit policy in the days leading up to the ban—r/incels moderators made their community private a few days prior to being shut down, suggesting some drama may have been afoot—but this was clearly a case of the toxicity of r/incels leaking out into a very popular subreddit.

If and when Reddit’s administrators did take a look at r/incels, what they would have seen was a place where encouraging suicide was explicitly banned, but posters frequently talked about wanting to “rope” themselves and described their bad experiences with women and “Chads” as “suicide fuel.”

This state of hopeless resignation to a life without sex or love is so common that it has multiple nicknames on the subreddit: “the black pill” and LDAR (deciding to “lay down and rot” in bed all day)  And users often tried to convince each other to swallow the black pill.

When one man recently wrote that he wanted to “be the best version of myself that I can possibly be that isn’t reliant on external validation,” commenters told him he just shouldn’t bother.

“Reality is a cold, dark, and wicked place,” one wrote.

“Just remember, the higher peak of the cope, the harder the swallow of black pill following it,” another added. (A “cope” is incel slang for anything that makes an incel’s life easier. They generally use the term disparaging, because they feel trying to cope is tantamount to living a lie.)

Despite the constant negativity on the subreddit, some incels argued it was better that they be able to wallow in their worldview together. The ban felt to them like condemning lonely people to be even more alone.

“I’ve been suicidal for so long, and now my cope is gone, I don’t know how I can get through this life much longer. Hopefully I’ll see you guys on the other side,” one poster wrote after the banning. The top comment is a non-incel poster offering that the ban on r/incels might be “good for you guys,” in that it might push the incels to start living their lives.

“You can make progress in fixing your problems without constantly being convinced about how life is always awful,” they wrote, appending the phone number for the National Suicide Prevention Lifeline.

Several substitute incel subreddits have popped up since the ban, but they’ve been reported by users and removed too. Some of Reddit’s incels have jumped ship to Voat, the “censorship-free” extremist version of Reddit, others have started a Discord chat channel, and others likely post on /r9k/, 4chan’s very incel-friendly messageboard. Incels.org is also a thing now, a non-Reddit messageboard site entirely for incels.