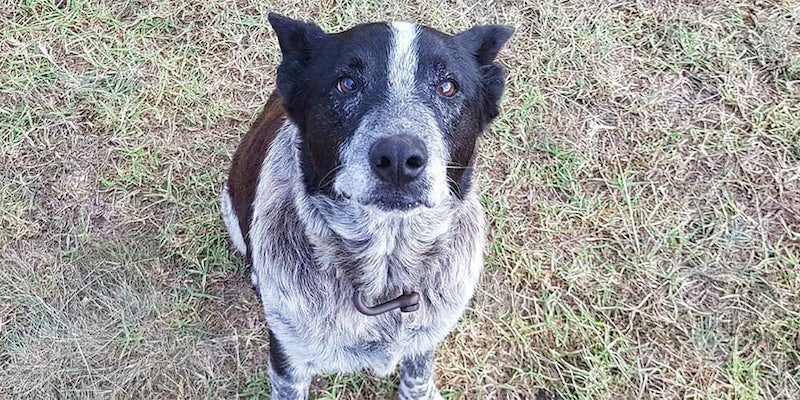 I'm not crying, you're crying.

A deaf and partially blind dog named Max reportedly led rescuers to find a toddler who had spent 15 hours lost in rough Australian terrain, and I’m not crying, you’re crying.

Per ABC Brisbane, 3-year-old Aurora was reported missing Friday after wandering away from her grandmother’s house in Queensland. Police and volunteers searched for Aurora all night but had no luck finding her.

Max the loyal old blue heeler stays with a three-year-old girl lost in rugged bush overnight and leads her grandma to find her https://t.co/7mi3D9LEWA pic.twitter.com/xD8KAMQEhk

Thankfully on Saturday, Aurora’s grandmother Leisa Bennett was in a search group and heard the girl yell “Grammy.” As she darted toward the voice, she was greeted by Max, their 17-year-old blue heeler.

“I shot up the mountain,” Bennett told ABC Brisbane, “and when I got to the top, the dog came to me and led me straight to her.”

Aurora had some minor cuts and bruises but otherwise was fine, and it appeared Max had spent the cold and rainy night at her side.

“The area around the house is quite mountainous and is very inhospitable terrain to go walking in,” Bennett’s partner Kelly Benston told the news channel, “so she’d traveled quite a distance with her dog that was quite loyal to her.”

For his heroic role, Max has been named an honorary police dog—and will go down in history as a very good boy.