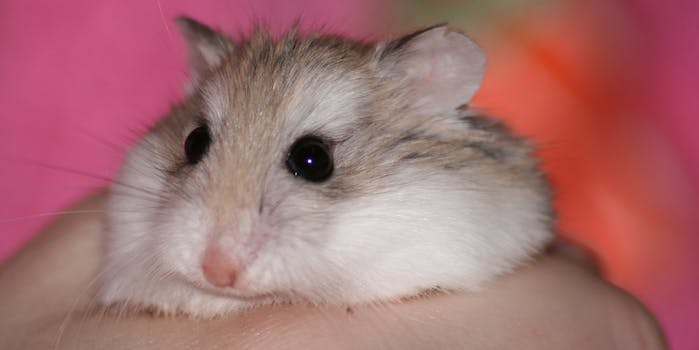 Spirit Airlines said she could bring her hamster on the plane, but changed it's mind after she arrived at the airport.

Belen Aldecosea, a 21-year-old college student from Miami Beach, Florida, is considering suing Spirit Airlines after she says they pushed her to flush her emotional support hamster down a toilet.

Aldecosea said she twice confirmed with Spirit that it was OK to fly with Pebbles, her dwarf hamster, but when she arrived in Baltimore for the flight on Nov. 21, the airline changed its tune, saying rodents weren’t allowed on the plane due to “health concerns.” She further alleged that a Spirit employee recommended she flush the rodent down an airport toilet.

Spirit has confirmed that they did mistakenly inform Adlecosea that she could fly with Pebbles, but denied anyone on their staff advised her to flush the pet. “To be clear, at no point did any of our agents suggest this guest (or any other for that matter) should flush or otherwise injure an animal,” Spirit spokesperson Derek Dombrowski told the Miami Herald. “We did offer the Guest a voucher for the inconvenience, but we never heard back from her.”

Aldecosea says she felt trapped. She needed to get home for a medical procedure and was hours away from anyone who could take Pebbles from her. She was also too young to rent a car, leaving her with the choice to miss her flight or flush the hamster. Aldecosea said she considered releasing Pebbles outside, but thought it would likely die of exposure. In the end Aldecosea made the decision to flush her pet.

“It was horrifying trying to put her in the toilet,” Aldecosea said. “I was emotional. I was crying. I sat there for a good 10 minutes crying in the stall.”

Although the decision to allow the hamster on the plane was ultimately up to the airline, Sari Koshetz, a spokesperson for The U.S. Transportation Safety Administration said they had no problem with Peebles making the flight. “Hamsters are welcome in our checkpoint.” she said “Their container would typically go through the X-ray while the owner would hold the hamster as the passenger walks through the metal detector so the creature is not subjected to radiation,”.

Peebles was a certified support animal. Aldecosea obtained the rodent after a cancer scare during her first semester at Wilson College in Chambersburg, Pennsylvania. She had developed a painful golf ball sized growth in her neck and, although it turned out to be benign, she was actually at the airport that day in order to fly home and hopefully have it removed.

Adam Goodman, Aldecosea’s attorney, was quick to distance his client’s case from that of the woman who tried to bring an emotional support peacock on a United Airlines flight in January.

“This wasn’t a giant peacock that could pose a danger to other passengers.” said Goodman “This was a tiny cute harmless hamster that could fit in the palm of her hand,”.