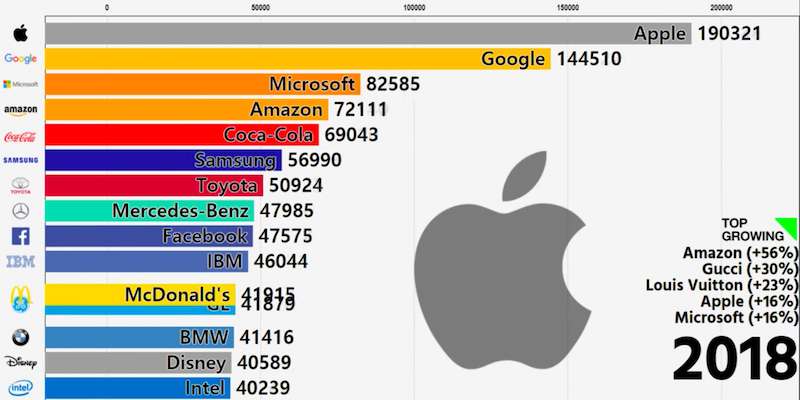 How did Apple become the world’s biggest brand? This satisfying video, which is making the rounds on Twitter, shows the technology company’s rapid rise from 2000 to 2018.

At first, you don’t see Apple in the top 10. But after 2013, the company catapults to the top, knocking off Coca-Cola—who previously held the No.1 slot. It’s hard to remember a time before the iPhone, but it was really only 12 years ago. After iPhone sales skyrocketed, Apple became the top brand across the globe, according to the graph.

In case your eyes almost went crossed trying to find the moment Apple joined the party, someone cut the video to the exact moment.

Of course, people made jokes about how Apple swooped in and beat the competition.

See the slowed down version here:

The video was originally published by “TheRankings” YouTube channel.