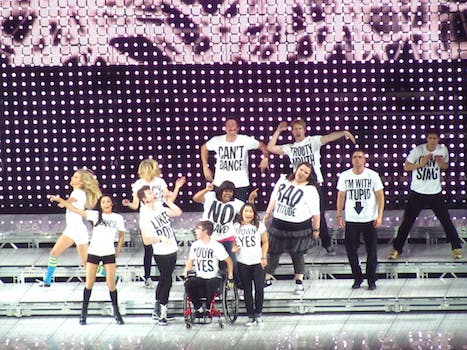 5 life lessons you can learn from Ryan Murphy

TV auteur du jour Ryan Murphy just hit headlines again this week with the news that American Horror Story isn’t enough; he’s branching out into American Crime Story, an ostensible true crime series that will expand the brand into a probing of our nasty little real life secrets. The first season, naturally, is “The People v. O.J. Simpson,” delving right into the heart of a sordid Hollywood case that seems almost made for TV—it’s not surprising that Murphy couldn’t resist it, as the tale might as well be catnip for him. Murphy isn’t exactly known for his subtlety and the Simpson trial is practically surrounded in neon lights.

With a career that really started to take off in 2009 (following the mega-success of Glee), Murphy has been sopping up attention like a bloated sponge for quite some time, and not all of that attention has been terribly positive. As the Internet braces itself for yet another installment from the Murphy juggernaut, and what may well be yet another instance of terrible taste, it’s time to ponder some life lessons his storied career and public clashes have to offer.

1) Know who butters your bread

You might not like the band, but don’t pitch a tanty because they’re not okay with you using their music for profit. Not everyone was into the glittery repurposed extravaganzas that were Glee’s signature, including Guns ‘n’ Roses and other bands who refused to grant Murphy licenses in a high-profile dustup in 2011. Murphy expected the bands to be excited about the chance to increase their exposure and educate children. They didn’t share the sentiment.

But when you’re writing a show that revolves around covers, you’d better swallow your bitterness at not netting a prized song license, rather than taking to the media to whine about it. Because when you’re pissing off people with equally high profile careers, they don’t have all that much to lose when it comes to punching back.

Take it away, Dave Grohl: “And then the guy who created Glee is so offended that we’re not, like, begging to be on his f—ing show… f— that guy for thinking anybody and everybody should want to do Glee.”

2) Quit when you’re ahead

Glee ran for five seasons, but its ratings steadily fell off towards the end. This is because, as it turns out, fans will only tune in for so many episodes of vapid, saccharine plots of earnest teenagers, thinly-veiled anti-bullying messaging, and putdowns of almost every group imaginable, from disabled people (Artie was a particularly sore point) to women of color (many of whom were less than pleased with the treatment of Mercedes on the show). Not even the gay community was totally on board with the show and its ostensibly radical depictions of gay teens. Or maybe viewers just got tired of watching an extended high school musical with endless song covers and little else.

It’s hard to kill your darlings, but sometimes you have to. The snorefest that Glee turned into as Murphy struggled to keep it relevant was evidence that even if a network is unwise enough to keep paying you, sometimes you need to walk away. Sometimes, not even a bevy of hip new tricks will save your beloved series. Pack it in.

3) Don’t get caught up in yourself

As Alan Sepinwall put it in his surprisingly positive review of Murphy’s adaptation of The Normal Heart:

What makes Ryan Murphy such a frustrating storyteller is that he has very obvious and impressive strengths, which he then seems to go out of his way to obscure with his very obvious weaknesses. He has great passion for socially relevant drama, for instance, but his point tends to get lost in the [frenetic] style that eventually plagued Glee, Nip/Tuck, and everything else he’s done in television.

Murphy’s tendency to reign unchecked is partially a crisis of ego and a personal convincement that he’s the king of the world, but it’s also the result of a failure on the part of those around him. Without someone to steady the unbalanced nature of his work, Murphy spins out of control, and the result is snarled messes that aren’t much fun to look at.

“For years, he’s been notorious for constructing fabulous pilots, then driving his inventions off a cliff. Characters get assassinated, literally and figuratively,” writes Emily Nussbaum at New Yorker. Ultimately she seems to drink the Murphy kool-aid; by the end of her essay fawningly looking over his career, she’s praising the controversial auteur.

4) Being an obnoxious provocateur will only get you so far

But beyond the heat and the hype, is there anything recognizably human in these intentionally provocative shows? Are they merely constructs designed to gin up and savvily exploit controversy, a cycle that Murphy is able to repeat again and again while the networks haul the lucrative results to the bank? Or are his shows merely feedback loops designed to cynically challenge and then confirm viewers’ least charitable impulses?

Valid questions from Maureen Ryan at the Huffington Post.

Murphy is known for deliberately provoking audiences and ignoring the subsequent criticism but doesn’t seem to realize that this tactic will only hold out for so long. Like a dog that repeatedly poops on the carpet, eventually he exasperates even loving fans. If Murphy wants to know why he’s not as respected as auteurs like Bryan Fuller, Alan Ball, and even Joss Whedon, he might want to take a look at his adversarial, sometimes nasty approach to making television.

5) Put your hammer away

No one cares about your tools, bro. Murphy has been consistently nailed (forgive me) on his tendency to go heavyhanded with social messages—despite his claim that he’s not attempting to be an activist or commentator on social issues. Writing about The New Normal in 2012, Tim Goodman noted: “Murphy and Adler opt for the caustic in a series that probably had its best chance of success playing it more subtle and more sentimental, tossing in the barbs judiciously.”

People don’t appreciate being hit repeatedly over the head with preachy moralizing, on television or anywhere else. While the old adage that you catch more flies with honey than vinegar is sometimes taken as a “tone argument” dismissive of the language used by activists, it does hold true to some extent, with a caveat: It’s possible to be snarky, sharp, and even confrontational without boring people to tears or making them tune out if you use your language judiciously. You don’t have to be sugar and spice and everything nice to get a message across, but treating people like they’re four isn’t a great way to win friends and influence people.

Ryan Murphy have built himself quite a golden throne in Hollywood, convincing himself that he’s an unstoppable idol, but all idols have clay feet. His have been on display a number of times in recent years. Just because they haven’t cracked yet doesn’t mean they won’t, and a number of Murphy haters have been waiting with curled lips for that moment for a long time.