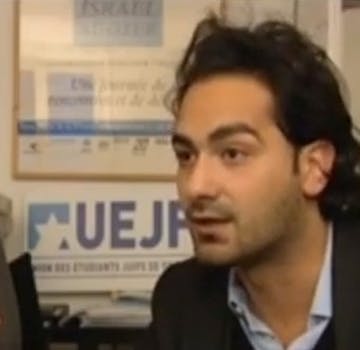 The Jewish Student Union of France seeks to discover the identities of people behind the hashtags #unbonjuif (“a good Jew”) and #unjuifmort (“a dead Jew”).

The Jewish Student Union of France (UEJF) has gone to the courts in a bid to discover the identities of people behind tweets targeting Jews.

In October, some users posted prejudicial tweets using the hashtags #unbonjuif (“a good Jew”) and #unjuifmort (“a dead Jew”). Tweets continued to appear even after Twitter agreed to block them.

The UEJF took to the courts Tuesday in an effort to find out who posted the inflammatory messages, with the aim of bringing criminal charges under France’s anti-hate-speech laws. A court date was set for Jan. 8 in Paris.

The tweets at the heart of the case were apparently sent from roughly 60 different computers.

The UEJF’s president, Jonathon Hayoun, criticized Twitter for failing to take “the necessary measures against racism and anti-Semitism when the situation in France has never been so serious.”

There were a number of violent anti-Semitic incidents in France this year. In March, a man killed three children and a teacher at a Jewish school in Toulouse. Then-president Nicolas Sarkozy called it an “obvious” anti-Semitic attack.

Meanwhile, police started a criminal probe into the #unbonjuif tweets. The investigation, still in the preliminary stages, will focus on one particular tweet, with potential charges carrying a one-year prison sentence.