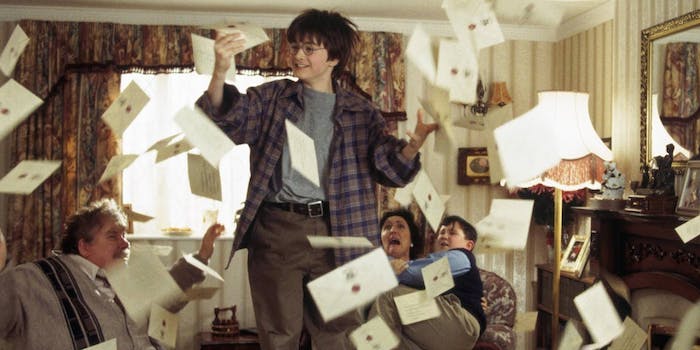 These sketches were drawn when J.K. Rowling was still working on the first 'Harry Potter' book.

Bloomsbury is in the process of publishing gorgeous, illustrated new editions of the Harry Potter books, but you may not know that illustrations played an important part in the first edition as well. When writing Harry Potter and the Sorcerer’s Stone in the 1990s, J.K. Rowling used character sketches as part of her creative process.

Pottermore hid a few of those old illustrations around the site, and fans like the Rowling Library have already collected some of them. Drawn in plain black and white, they’re reminiscent of the art in classic children’s novels like the Narnia series. 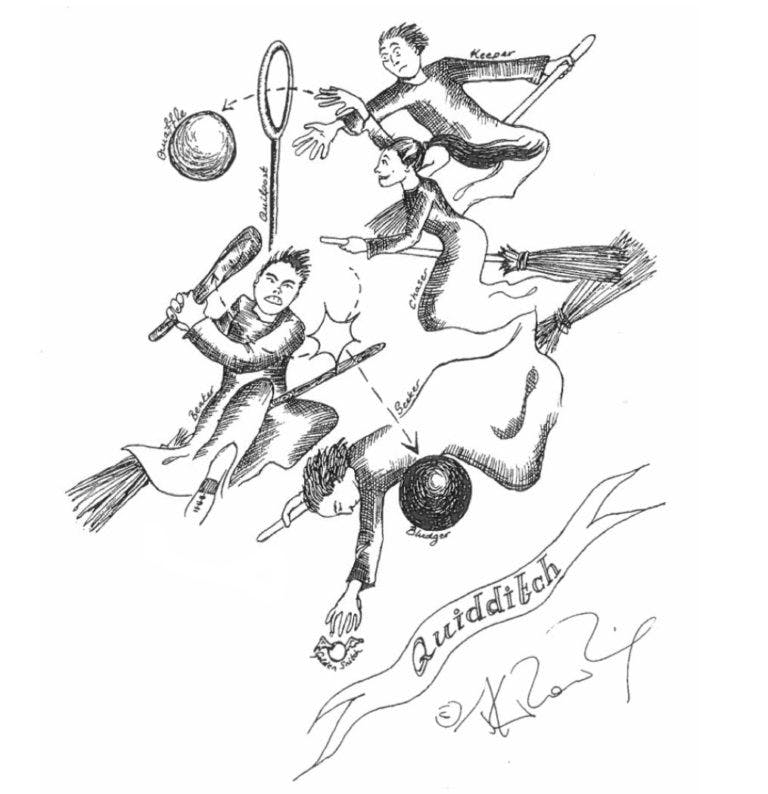 Some of Rowling’s early illustrations are already well-known, such as a picture of Harry as a baby, which was included in an annotated first edition that sold in 2013 for £150,000 ($198,472). However, some of these sketches were previously unknown to fans, like this picture of Snape on Pottermore’s Potions page. 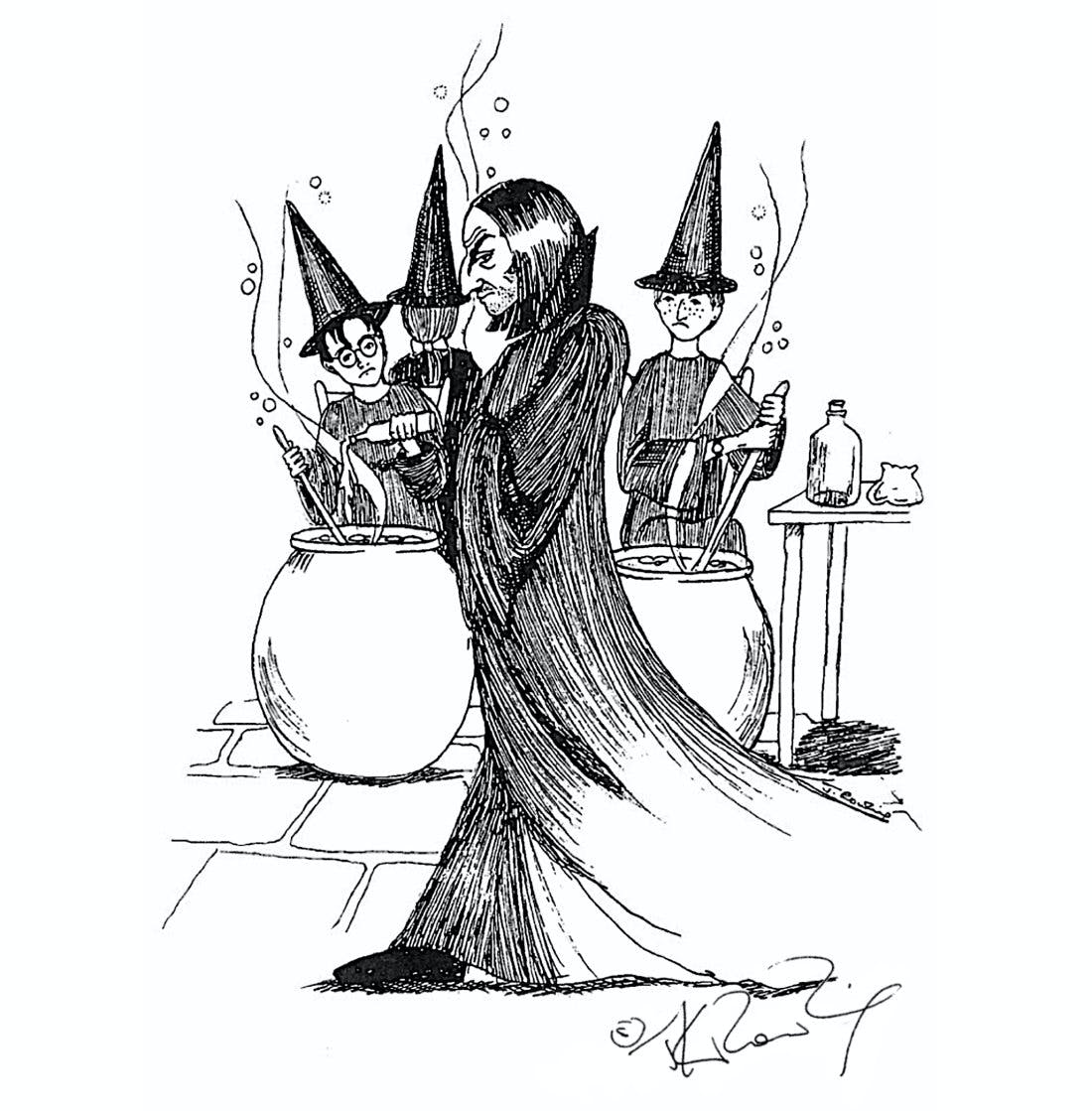 Pottermore’s Quidditch sketch seems to be another new addition, along with a drawing of Peeves the poltergeist.

Fans may be familiar with some of Rowling’s other sketches, such as this picture of Dean Thomas alongside Harry, Ron, Hermione and Neville, on their way to Harry’s first-year duel with Draco Malfoy. The drawing resurfaced on Twitter this week, when J.K. Rowling explained that Dean was originally named Gary.

Gary @jk_rowling ?!!! Who is Gary?? What were his hopes, his dreams, his political affiliations? #imissgary pic.twitter.com/iE7FtPy1OO

Dean Thomas was called Gary in the first draft of Philosopher's Stone. I renamed him after a boy I knew! https://t.co/Aq8A6GZGvf

In an earlier draft of Harry Potter and the Sorcerer’s Stone, Dean was a more significant member of Harry’s friendship group. Rowling originally created an extensive background for the character, but his role was scaled back in the first couple of books, and he ended up being a relatively minor character.

We wouldn’t be surprised if more of these illustrations surface in the future, as Pottermore continues to feature more and more background material from the world of Harry Potter.