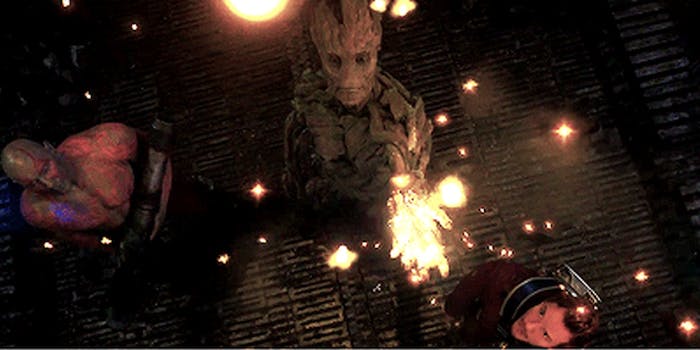 Here’s ‘Guardians of the Galaxy’ fanfic, as told by Groot

In case you haven’t yet seen Guardians of the Galaxy, there’s only one thing about it you need to know to understand the new fanfiction going viral on AO3 and Tumblr, and that’s “I am Groot“—the only three words the movie’s lovable talking tree character can say.

Tumblr user marvelcolm has penned a cheeky 1,300-word masterpiece told from “Groot’s POV” on the Archive of Our Own. Oh, and it’s “extremely NSFW.”

“Had to take a break halfway through writing this fic,” marvelcolm noted, “because the raw emotion overpowered me.”

It’s easy to see why. Groot’s eloquence and mastery of the nuance of human expression has never been more powerful: 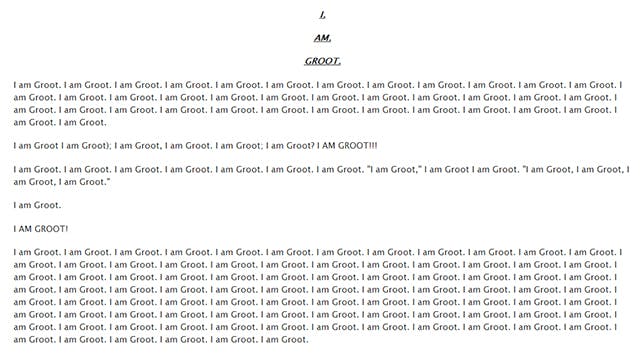 Thanks to the author’s promotion of the fic on Tumblr, it’s naturally gone viral. 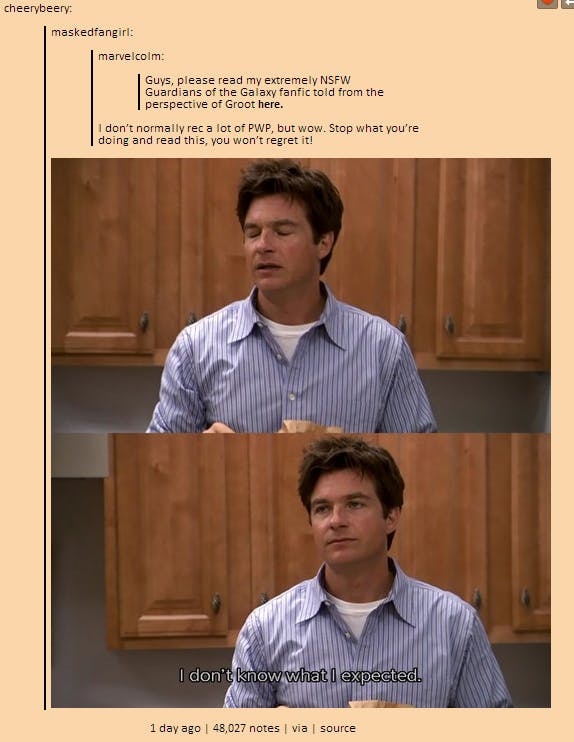 The Tumblr post currently has nearly 50,000 notes. And since it was posted last Monday on AO3, the fic—which of course is titled “I Am Groot”—has gone viral there as well. It’s currently the seventh most popular fic on the entire site.

Clearly, we should have seen this coming. The only thing fandom likes more than memes are meta-parodies in the form of fanfic. Marvelcolm seems to be embracing the hit. Writing on Tumblr yesterday in response to a new fan, marvelcolm got in touch with Groot-related emotions:

I poured my heart into that fanfic likes my heart was Mountain Dew and my keyboard was the mug of deep conscious thought you feel me? So much meaning in that fix they call it a dictionary. Emotions so raw they put it in the oven. So heartwarming it comes with a cooler.

I used to have pretty bad confidence but recently I’ve been feeling like the world is my ice-cream and I am the chocolate syrup on top that just makes everything better like god damn I love me.

In other words: I am Groot.