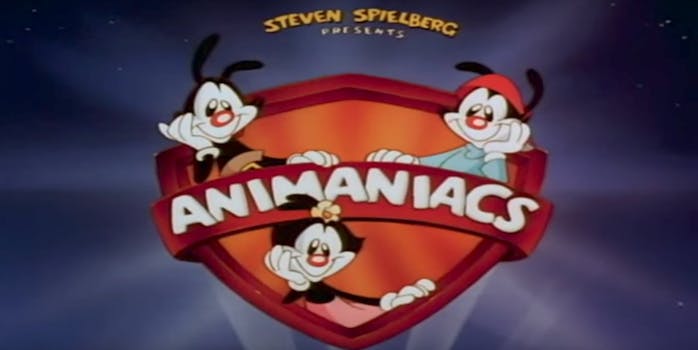 ‘Animaniacs’ could be coming back—with Steven Spielberg on board

Hollywood seems hellbent on rebooting everything kids loved in the ’80s and ’90s, and your favorite after-school cartoons are no exception.

According to IndieWire, Warner Bros. and Amblin Television are kicking around the idea of bringing back Animaniacs, and original producer Steven Spielberg could be on board. The show first debuted in 1993 featuring Wakko, Yakko, and Dot—three siblings drawn to resemble characters found in 1930s Warner Bros. animation. With it’s charming musical numbers and quick wit, Animaniacs quickly became a ’90s favorite alongside Spielberg’s other animation pet project, Tiny Toon Adventures.

In fact when Animaniacs landed on Netflix last year, lots of fans hunkered down to binge the whole thing. That enduring popularity is reportedly what has the production team considering a reboot. IndieWire cautions that sources close to the project say the reboot is in early stages and has yet to find a network for release (though we bet Netflix would be interested).

The good news is that you don’t have to wait to see if this reboot comes to fruition to get more Animaniacs. The original voice cast is touring with Animaniacs Live, a show that includes performances of your favorite songs and music from the series.