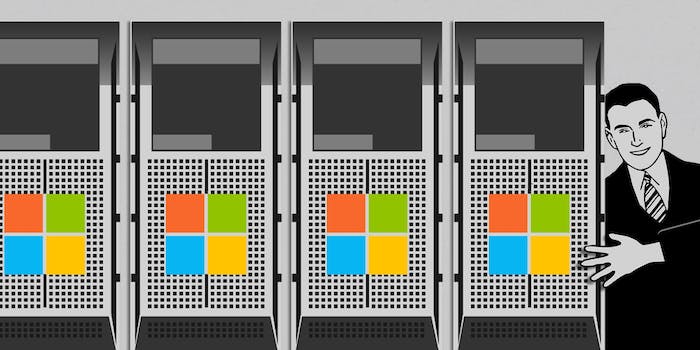 The Guardian reports that Microsoft was a more active participant in the NSA's PRISM surveillance program than previously realized.

The revelations come from a new set of top secret documents detailing the NSA’s online surveillance activities in Silicon Valley. They show that when Microsoft upgraded its Outlook service, it worked closely with the NSA to help it intercept chats, circumvent encryption, and understand how users create alias accounts.

The documents further reveal that Microsoft gave the agency access to its SkyDrive, a cloud storage service, similar to Google Drive, that now has more than 250 million users. Whether Google, which was also listed as a participant in the NSA’s PRISM surveillance program, had a similar arrangement is unclear.

Skype, which was acquired by Microsoft in 2011, apparently worked with the NSA last year to allow the agency to gather video and phone conversations from the service.

The files were given to the Guardian by Edward Snowden, the NSA whistleblower who last month revealed basic details about PRISM, which closely collaborates with Silicon Valley tech companies to collect user emails, chats, videos and photos.

Though the Guardian has said the new documents still indicate that the NSA did not have “direct access” to Microsoft’s servers, the latest revelations about the extent to which the company aided the agency in circumventing its encryption reveals the high level of access the U.S. government has to citizens’ private Internet data.

The files are from the NSA’s Special Source Operations division, which Snowden described to the U.K. paper as the “crown jewel” of the agency.