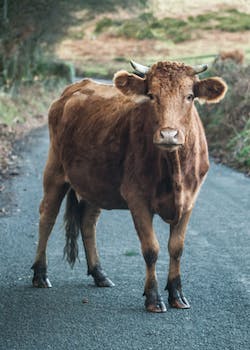 In Utah, filming a factory farm from a public sidewalk is enough to be charged with a crime.

Utah police have made their first arrest under the state’s “ag gag” bill, which prohibits the filming of agricultural facilities, including factory farms and slaughterhouse, according to Green is the New Red (GitNR).

Amy Draper was filming the Dale Smith Meatpacking Company in Draper City, Utah, documenting the alleged carting away of a wounded cow on a tractor. She was observing the company’s facilities from a public street.

In addition to Utah, these “farm protection” laws have been passed in Arkansas, California, Indiana, Nebraska, Pennsylvania, Tennessee, and Vermont, with another pending in North Carolina. They are designed to make undercover documentation illegal and also structured, with a 24-hour reporting provision that makes documenting a pattern of abuse or illegality impossible to prove.

Meyer was stopped by the Smith plant manager, whose owner is also the town’s mayor, and police were called, but because she was standing on a “public easement,” she was not initially arrested. Later, she was, under the state’s ag-gag law.

“This is the first prosecution in the country under one of these laws,” wrote GitNR’s Will Potter, “which are designed to silence undercover investigators who expose animal welfare abuses on factory farms. The legislation is a direct response to a series of shocking investigations by groups like the Humane Society, Mercy for Animals, and Compassion Over Killing that have led to plant closures, public outrage, and criminal charges against workers.”

Agriculture is still integral to many states in the U.S., and is the primary sectors for employment in many communities.

These bills contravene long-established legal precedent, such as the legality of public space use and expectations of privacy. But they are also a response to social media.

The ability to record video is widespread thanks to camera functions on smartphones and the ability to put that film in front of the public has become simple, thanks to such video-sharing sites as YouTube and Vimeo and DailyMotion. Although the signal-to-noise ratio has decreased substantially, the fact is, it is harder to keep your creepy business to yourself, especially business as visually horrendous as animal cruelty.