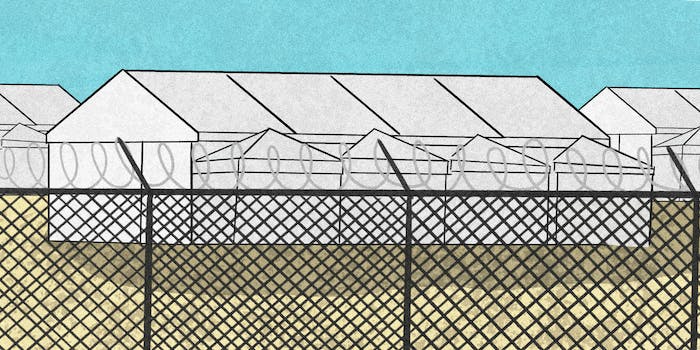 Where the money Trump spent on family separation could have gone

The moral cost of separating children from their parents at the U.S.-Mexico border has gotten a lot of attention in recent days. And rightly so. It should also be mentioned that the policy being enforced by the Trump administration is also incredibly expensive.

Trump’s presidency has been marked by attempted cuts to humanitarian and education programs across the government, from Meals on Wheels to the National Endowment for the Arts. Major departments like Education and Interior have been targets of massive cuts. The Republican Party has also been trying to decimate our nation’s social safety net in the name of cost savings.

At the same time, the president is overseeing inhumane policies at the border that are costing the government millions of dollars a day.

To get a sense of the total cost of border enforcement, the 2018 combined budget for Border Patrol and ICE is over $20 billion. Unexpected expenses like those associated with Trump and Jeff Sessions’ “zero tolerance” policy, and the continued surge in hiring at ICE, will likely drive that number higher.

The detention of children who have been separated from their parents is already estimated to have cost the government tens of millions of dollars in the short time it has been implemented. We likely won’t get a firm estimate until we understand the full impact of the White House decision months or years from now.

However, we do have some numbers that are helpful in understanding the potential costs of this devastating decision.

The cost of housing migrant children who have been separated from their parents in makeshift “tent cities” averages $775 a night, according to the Department of Homeland Security.

More permanent facilities, like “Casa Padre,” a converted Wal-Mart supercenter turned detention center is estimated at $256 per night. Another similar ICE-run facility costs $298 per resident each night. A child kept in a tent city costs roughly three times as much per day as a child kept in a long-term care facility with their family.

So far, approximately 2,500 children have been separated from their parents. Though ultimately, the government will be relying largely on temporary structures as they run out of more permanent sites, if we imagine that today, half the children are kept at permanent structures and half at temporary structures (the exact percentages are unclear), we could estimate the cost at about $500 per night. The average amount of time a child spends in detention is two months before they are placed in foster care.

If no more children were taken into custody and separated from their parents, housing and care for the children alone would still cost at least $75 million.

Of course, transportation, enforcement, and various other costs factor in as well, but that number alone—a number that is purely the result of a needless change in presidential policy—could be used to fund a number of programs that President Trump has already deemed wasteful.

$75 million could cover an entire year of government funding for public radio. Funding could be provided for nearly 27,000 senior citizens in the now-defunct Meals on Wheels program. The National Endowment for the Arts, which the president views as a waste of money and has attempted to end, could be maintained at Obama-era levels for double that number.

If we expand the number to include all children in custody at the border, whether they are separated from parents or not, the number balloons to over 11,000. This means that the cost of detaining children in prisons at the border for the average period of two months costs the government $330 million. Over the course of a year, the cost of detaining these children would pay for Trump’s proposed cuts to education. That number would also cover about a third of the money allocated to Puerto Rico to repair their federal highway infrastructure following the hurricanes that ravaged the island. You could also pay for most of the government’s contribution to Planned Parenthood with that money.

Where these numbers finally end will only be clear once the “zero tolerance” policy, and it’s new iteration, has taken its full effect. One Health and Human Services staffer estimated that the number of children detained at the border could reach 30,000 by the end of the summer, which would certainly cost over $1 billion. With that money, you could rebuild half the schools in Puerto Rico or provide Flint with clean drinking water 10 times.

Presumably, most of the additional detainees will be kept in temporary housing, so the real number may be almost twice as much. If the aim of the Trump administration is to maintain these numbers, then, border enforcement will be incurring these billion dollar costs a number of times per year.

Let’s look at the total cost of border enforcement. With a cost of over $20 billion, the combined efforts of the Border Patrol and ICE comprise a huge government expense. That is one-third of the Department of Education. You could fund the EPA twice with that money. Or you could pick a state and pay their entire Medicaid bill, and for smaller states, you could pay the bill many times over. With $20 billion, you could cover half of the Department of Housing and Urban Development budget.

Finally, if we were to take a look at the $50 billion we spend in total on the Department of Homeland Security (in which ICE and BP are housed) and the $700 billion we spend on the military, then programs like Medicare for All, free college, and universal pre-K would no longer feel like impossible pipe dream.

And yet, the Republicans are considered the party of fiscal responsibility.