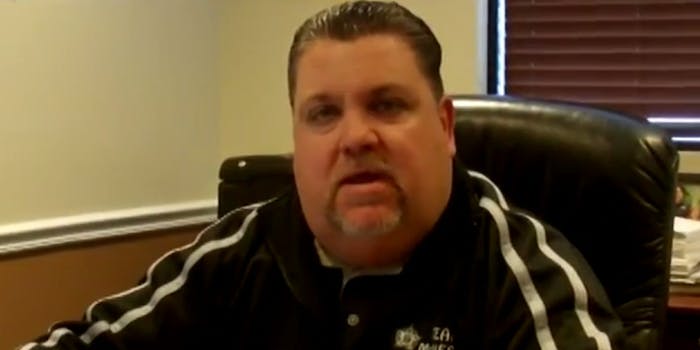 John McNesby made the remarks during a pro-police rally.

The head of a police union in Philadelphia called Black Lives Matter activists “a pack of rabid animals” during a “Back the Blue” rally, according to reports.

The rally, held last week, was in response to a protest Black Lives Matter activists held outside of the home of a cop who was identified in a fatal civilian shooting. Officer Ryan Pownall fatally shot David Jones in the back as he fled a during a traffic stop in June.

“When you go to work each day, you shouldn’t have to worry that a pack of rabid animals will suddenly show up at your home and openly threaten your family,” Fraternal Order of Police Lodge 5 President John McNesby said, according to WHYY.

During the protest, BLM demonstrators chanted “If we don’t get no justice, they don’t get no peace” and demanded that Pownall be charged with murder in connection with the Jones shooting, according to NBC 10.

Police say Jones reached to pull a gun in his waistband, leading Pownall to draw his weapon. Surveillance footage appears to show Jones being shot as he ran away from Pownall; Pownall was shot in the back.

Asa Khalif, a leader of BLM in Philadelphia told the news outlet that the movement was “not going to dignify” McNesby’s rhetoric with an answer.

McNesby has made controversial statements in the past. Last year, he said one of the officers in his union having a Nazi tattoo was “not a big deal,” according to the Root.