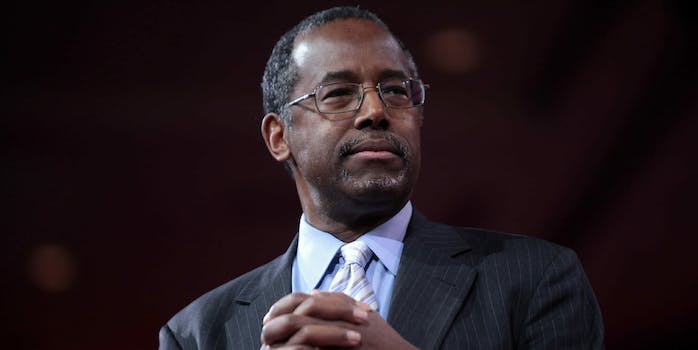 HUD sues Facebook for allowing housing discrimination on its platform

'Using a computer to limit a person's housing choices can be just as discriminatory as slamming a door in someone's face.'

On Thursday, the Department of Housing and Urban Development (HUD) announced a lawsuit against social media giant Facebook for allowing advertisers to engage in discriminatory housing practices.

HUD also states that Facebook allows advertisers the option to exclude who will see housing ads based on such characteristics as, “’women in the workforce,’ … ‘foreigners,’ ‘Puerto Rico Islanders,’ or people interested in ‘parenting,’ ‘accessibility,’ ‘service animal,’ ‘Hijab Fashion,’ or ‘Hispanic Culture,'” according to the documents.

HUD Secretary Ben Carson said in a statement, “Facebook is discriminating against people based upon who they are and where they live.”

“Using a computer to limit a person’s housing choices can be just as discriminatory as slamming a door in someone’s face.”

The suit comes just days after Facebook announced settlements with the National Fair Housing Alliance and the American Civil Liberties Union, among other parties, for engaging in similar practices.

As for the current charges, Facebook has said, “We’re surprised by HUD’s decision, as we’ve been working with them to address their concerns and have taken significant steps to prevent ads discrimination,” according to NPR.

“While we were eager to find a solution, HUD insisted on access to sensitive information—like user data—without adequate safeguards. We’re disappointed by today’s developments, but we’ll continue working with civil rights experts on these issues.”

The suit also alleges that Facebook itself targets ads to exclude people in protected classes, regardless of the advertiser’s wishes, according to the charging document.

Even if an advertiser tries to target an audience that broadly spans protected class groups, [Facebook’s] ad delivery system will not show the ad to a diverse audience if the system considers users with particular characteristics most likely to engage with the ad. If the advertiser tries to avoid this problem by specifically targeting an unrepresented group, the ad delivery system will still not deliver the ad to those users, and it may not deliver the ad at all.

In statements to the Daily Dot, both Facebook and HUD echoed their previous comments about the case, with Facebook reiterating they were “surprised” the suit.