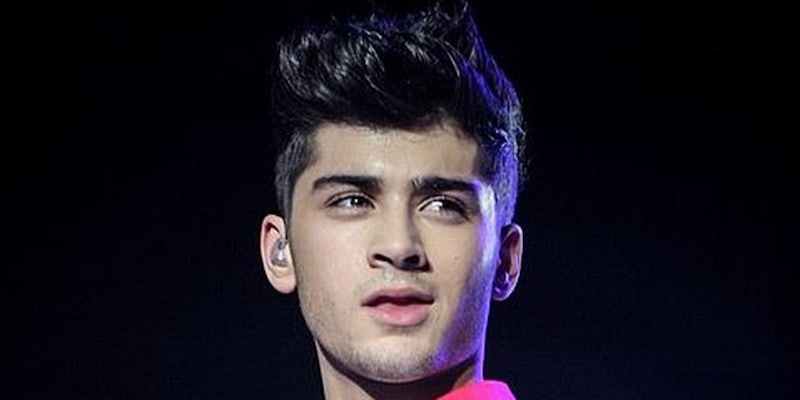 Head's up: The One Direction Star isn't black.

A student union in the U.K. is under fire after choosing former One Direction singer Zayn Malik as the poster boy for its Black History Month campaign. See, the problem is Malik is half-white, half-Pakastani—not black.

Kent University’s Kent Union also chose London Mayor Sadiq Khan, who is also not black, for its campaign. The student organization did include Olympian Kelly Holmes, journalist Trevor McDonald, and footballer Arthur Wharton, however, who are actual black people.

Naturally, the official organization behind the U.K.’s Black History Month was upset.

With Asian Heritage Month being observed by a growing number of countries in May, will Black icons be celebrated by Kent University then?

Because of the backlash, the student union has taken down the posts and images of Malik and Khan, and the union president apologized on Facebook yesterday, saying the events planned for the month are run and voted on by volunteers, some of whom are black.

While perhaps well-intentioned, the apology left many wondering, “2,000 volunteers and no one thought to point out that Zayn isn’t black?” as one commenter put so succinctly.