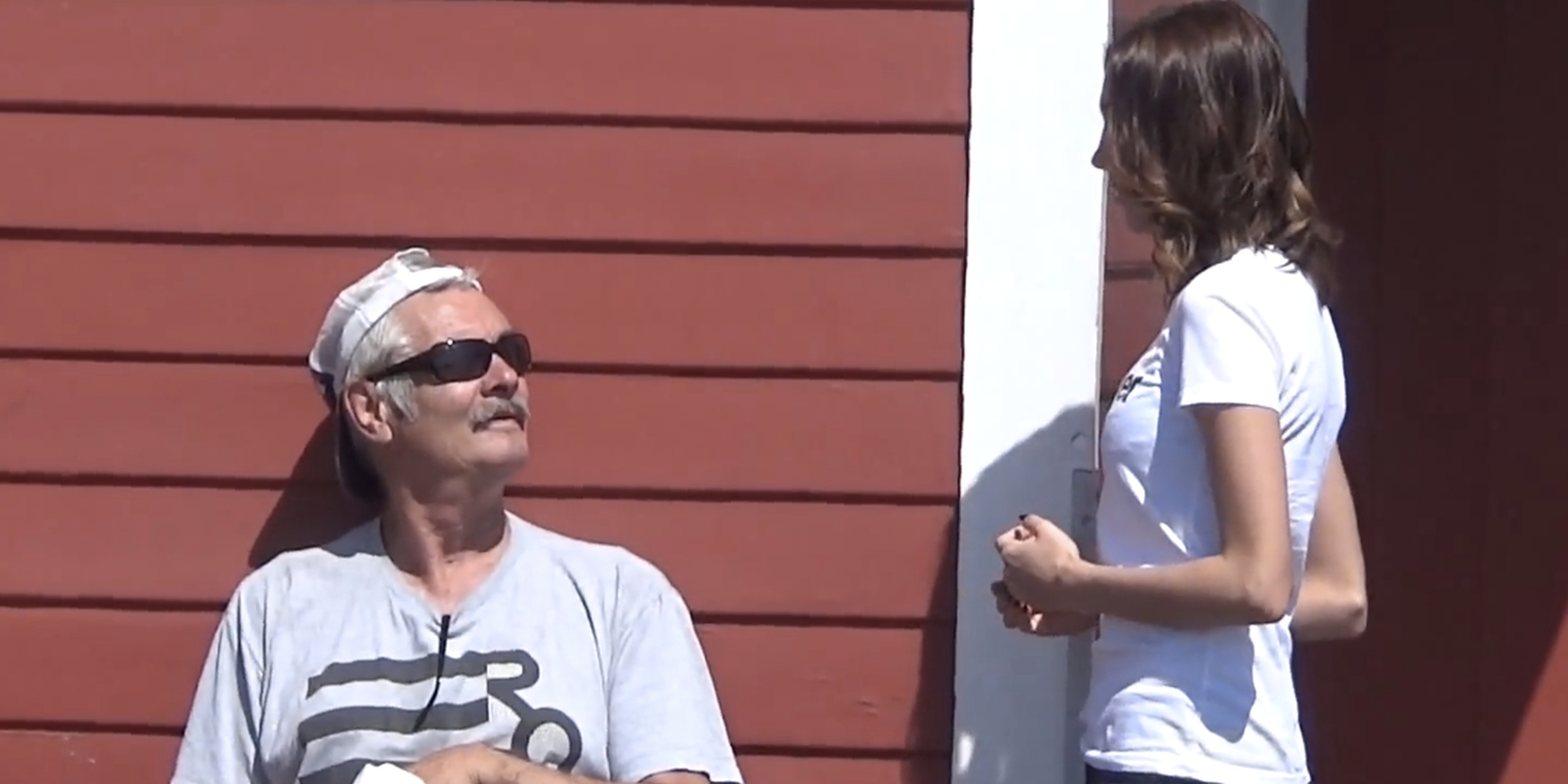 A video of an attractive woman asking 100 men to have sex with her has gone viral.

In the latest YouTube “social experiment” to go viral, a woman named Andrea walks around asking 100 guys to have sex with her. At the end of the video, Andrea finds that only 30 percent of the men she approached responded in the affirmative.

Almost immediately, the post went viral, attracting more than 3.7 million views. Many were struck by the video’s “surprising” results. Even though Andrea is an attractive woman propositioning strangers with no-strings-attached sex, her 30 percent “yes” rate contradicts stereotypes that men will jump at the chance to have sex with pretty much anything that moves.

But the truth is, there’s actually an existing body of research that draws the exact same “shocking” conclusion that Andrea’s social experiment does: that men aren’t significantly more likely to jump at the chance to have casual sex than women are. Andrea’s “social experiment” isn’t just unsurprising, it’s also unoriginal: Whatever has produced a number of videos in a similar vein before.

Whatever, a YouTube channel with 2.7 million subscribers that describes itself as “pranks/social experiments/randomness,” has been doing this exact same kind of “social experiment” since 2013. Last time, the channel even used the same woman in the video. Although her sample size was much lower—she only polled 14 people—the results were pretty much the same: less than half of the men said “yes.”

So where does the idea that men will pretty much bone anything that moves come from? It’s possible that the stereotype took root as the result of a 1989 study by Russell Clark and Elaine Hatfield. In the study, Clark and Hatfield asked subjects to approach a stranger of the opposite sex on a college campus and proposition them for sex.  They found that 70 percent of men said “yes” to a female stranger propositioning sex, while women were significantly less likely to do so. In fact, zero women agreed.

But clearly, a lot has changed since the late 1980s. A 2011 paper by the University of Michigan psychologist Terri Conley, for instance, addresses a series of studies similar to the Clark and Hatfield experiment. Conley found that in most of these studies, women are just as likely to respond in the affirmative to a man’s request for sex, but only if they’re “presented with proposers who are equivalent in terms of safety and sexual prowess.”

Translation: If women feel safe around the dude and they’re attracted to him, they’re just as likely to have a sweaty, nails-in-back, no-strings-attached one-night-stand as men are.

Of course, the “safety” aspect plays a huge role in women’s willingness to engage in casual sex. The Whatever YouTube channel proved this in a gender-reversed version of Andrea’s experiment. When a man approached 100 women for sex, zero women said yes. It’s safe to say that the women he approached would view him as an enormous safety threat, while most of the men approached by Andrea merely viewed her as a nuisance.

That said, times have changed since the Clark and Hatfield study. It’s now considered far more socially acceptable for women to engage in casual sex, and far less acceptable for meathead dudes to merely proposition women on the street.

But while the results of the YouTube “social experiment” aligns with the results of later studies about women and casual sex, l it doesn’t actually illuminate any shocking truths about sex and human nature.