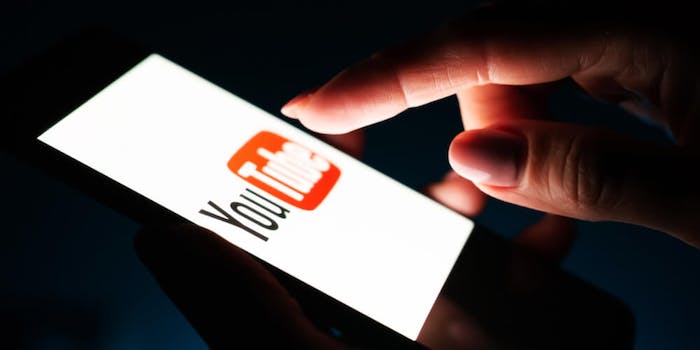 Will the creators the previous policy failed get an apology?

Amid growing public pressure, YouTube on Wednesday announced an update to its harassment policy to include a stronger stance against personal attacks based on race, gender, sexual orientation, and other attributes.

This year, ghastly limelight was cast on the problem of harassment. In May, Carlos Maza, a gay Latino journalist, shared a compilation of clips from conservative YouTuber Steven Crowder exposing the “repeated, overt attacks on [Maza’s] sexual orientation and ethnicity.”

YouTube’s response enraged queer creators, people of color, and allied creators even further. YouTube said in a statement in June, “while we found language that was clearly hurtful, the videos as posted don’t violate our policies.”

Ooof…well, let's not have any of the usual "YouTube is so pro-LGBTQ!" celebration until zero people are using your platform to sell "Socialism is for Fags" shirts, ok?

Hugs to all the queer YouTube employees who are very sad and frustrated today.

In the statement announcing the new policy change, Matt Halprin, vice president of trust and safety at YouTube, said the video platform, “recognized earlier this year that for harassment, there is more we can do to protect our creators and community.”

While the statement doesn’t name Crowder or Maza, it is easy to see how that public policy dispute may have shaped these new policies. One of the major changes is that YouTube will “no longer allow content that maliciously insults someone based on protected attributes such as their race, gender expression, or sexual orientation.” Another policy update codifies consequences for “a pattern of harassing behavior.”

According to the statement, creators expressed issues with repeated issues across multiple videos and comments. “Channels that repeatedly brush up against our harassment policy will be suspended from YPP, eliminating their ability to make money on YouTube. We may also remove content from channels if they repeatedly harass someone,” Halprin wrote. “If this behavior continues, we’ll take more severe action including issuing strikes or terminating a channel altogether.”

On Twitter Wednesday, Maza expressed skepticism that these policies would make any real change. “‘Malicious insults’ were already prohibited under YouTube’s anti-hate and anti-harassment policies. YouTube rolls out policies like this to distract reporters from the real story: YouTube’s non-enforcement,” Maza wrote. “These policies only work if YouTube is willing to take down its most popular rule-breakers. And there’s no reason, so far, to believe that it is.”