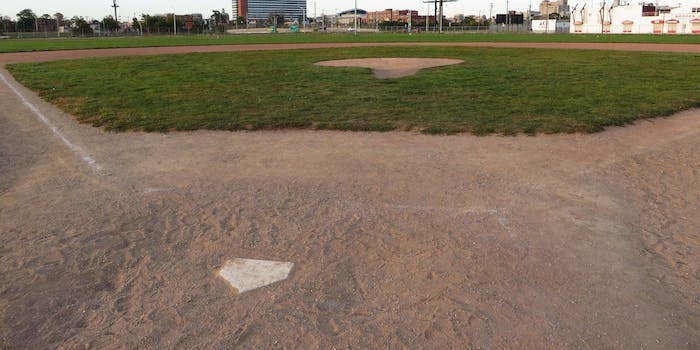 ‘If she ends up on my team, I'll have (the pitcher) bean her right in the ear hole and she'll quit instantaneously.’

A man has accused two New Hampshire youth baseball coaches of conspiring to get his daughter to quit the league by hitting her in the head with a baseball.

Dan Klein said his 11-year-old daughter, the only girl in the baseball league, said he was told about a conversation two of the league’s coaches had with each other about a plan to bean the girl during practice so she’d leave her team.

According to his email to the league, Klein said one of the coaches told another coach during a preseason meeting that “if she ends up on my team I’ll have (the pitcher) bean her right in the ear hole and she’ll quit instantaneously.”

The Oyster River Youth Association director said the league was investigating the claims. Klein told the Fosters Daily Democrat that “I hope that this sort of thing doesn’t happen again, and that kids will be protected from this sort of language and be safe.”

Klein’s daughter has played baseball and T-ball since 2012, and he said there hadn’t been any intimidating incidents before. Klein also said that when she first began to play, she had multiple girl teammates, but gradually, many of them switched to softball, leaving his daughter by herself in the league.

This is horrifying. How are you THIS threatened by women in "your" space? https://t.co/6PhkvqaDCU

This is beyond comprehension. Those two men should never be allowed to coach again. https://t.co/EPpFytkrtT

100% pissed off but 100% not surprised. Every girl in a "male" league has a similar story.
Report: New Hampshire youth baseball coaches planned to 'bean' league's lone girl to intimidate her into leaving | USA TODAY High School Sports via @usatodayhss https://t.co/1Gc0Qk8aBy

According to USA Today, Klein has no plans to pull his daughter from the league.