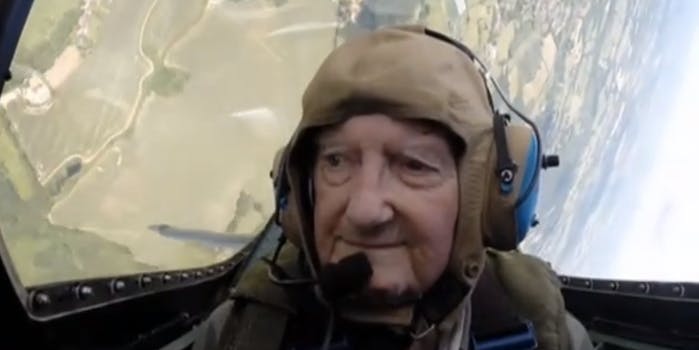 Neville Croucher, a 91-year-old pilot, survived 800 hours of combat missions flying Hawker Hurricane fighters for the Allies in World War II—so if anyone can appreciate the pleasure of taking to the skies without being shot at, it’s probably him.

The soft-spoken nonagenarian, who describes himself as a “baker’s boy” and vowed to join the Royal Air Force after being strafed by a German plane while making his daily rounds, was recently given the chance to climb aboard a Spitfire, an iconic model dating back to his heyday that he’d never had the chance to pilot. As you’ll see, he hasn’t lost his touch.

It’s nice to know that if the U.K. suffers another campaign of aerial bombardment, veterans like Croucher will be on hand to show us what real resistance and true valor look like.