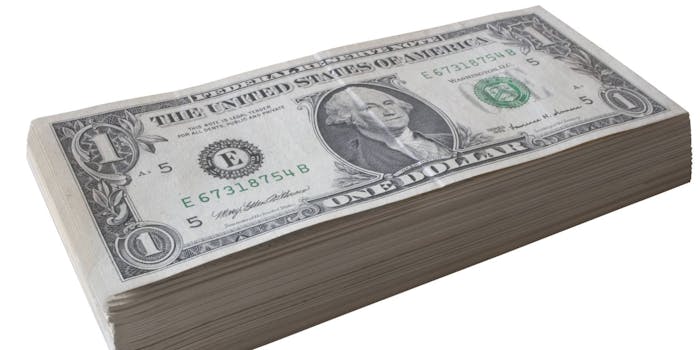 Tipping is a much-debated issue in America. Some restaurants have started to eliminate tipping, instead raising menu prices so they can pay their staff a livable hourly wage. But most states have a different “tipped” minimum wage that applies to servers, meaning they earn most of their money from tips.

Which is what makes this couple such dicks. Get ready to clutch every pearl in the house.

Twitter user @pimpcey_ posted a screenshot of a Facebook post, in which one member of a terrible couple outlines their tipping policy (we couldn’t find it on Facebook so it might be fake, but let’s complain about it anyway, shall we?). Their plan involves placing five dollar bills on the table at the beginning of the meal and taking away a dollar every time they think the server messes up. “You will receive the best service of your life,” they cry, seemingly unaware that their power trip is breaking every rule of etiquette and common decency.

Aside from the fact that the whole $5 is likely in no way a suitable 15-20 percent tip for the meal they enjoyed, it’s just plain mean. In fact, the scheme was used as a joke on 3rd Rock From the Sun to illustrate just how terrible and unfamiliar with human decency a literal space alien was (around 2:10).

Perhaps the rudest part of this interaction is the person doing the “tipping” suggests not saying anything to the waiter, which even John Lithgow doesn’t stoop to. Instead, just leave the bills on the table and watch the server’s face as they realize their rent money is being depleted dollar by dollar.

Anyone who has worked in the service industry understands that shit happens. The kitchen messes up a dish, a party of 10 takes way too long to order, someone doesn’t like the drink you recommended. Most of the time, bad service is not solely the server’s fault and is better dealt with by speaking to a manager anyway. It doesn’t matter what you think of your state’s tipped wages laws (cool it, dude who has Mr. Pink’s tipping monologue memorized). If you really disagree with your state’s tipped wages laws, call your representatives. Don’t take it out on the servers.