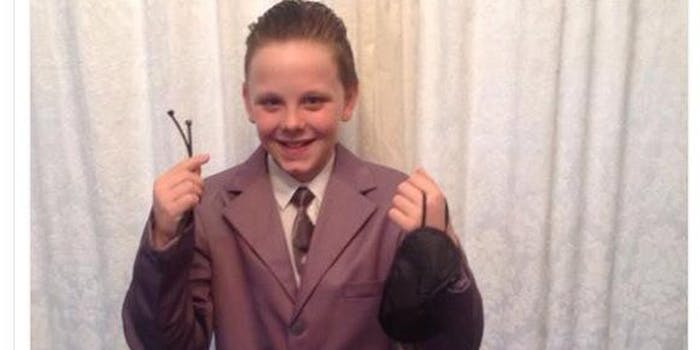 Shockingly, the school wasn't happy about it.

World Book Day is a time to instill a passion for reading in children for all ages. Apparently, it’s also a time for children to celebrate their favorite characters, including Harry Potter, Scout Finch, and kinky billionaire sex machine Christian Grey.

offensive costume.Excluded from photos, told to change yet teacher dressed as a serial killer and others with guns? pic.twitter.com/8OTZ9gPvEh

We can’t imagine what his teachers thought—but then, given that his teacher came to the event dressed as the blood-spattered serial killer Dexter, perhaps some wires got crossed along the way and this event was actually meant to be Wildly Inappropriate Book Day.

In any case, Nicola Scholes wasn’t happy, and took to Twitter and Facebook to imply that her son was singled out by a puritanical school system more interested in repressing costumes related to sexual expression than banning costumes that were far more inappropriate. 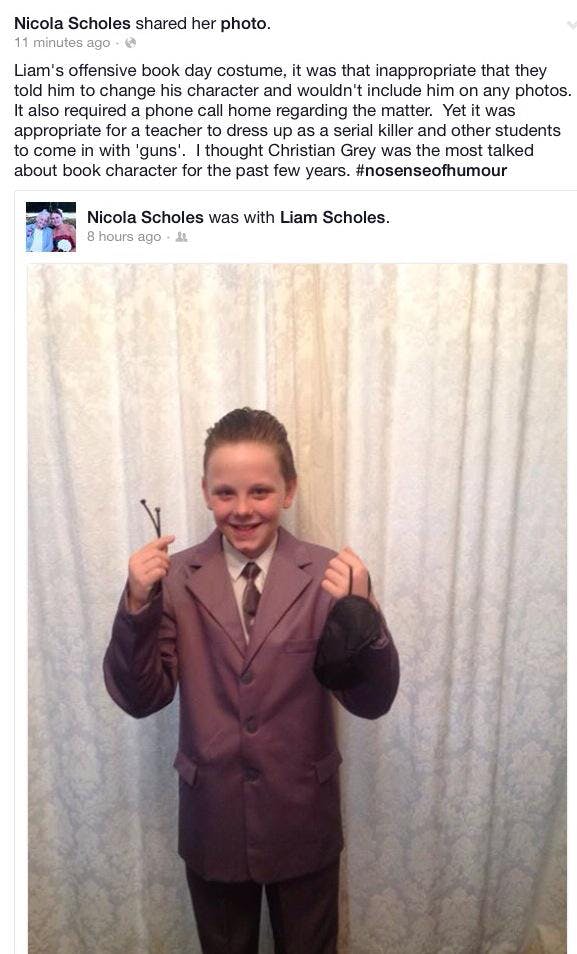 Scoles told the Manchester Evening News that the school had phoned her to let her know her son had been excluded from Book Day events. The Guardian also reported that the school convinced Liam to modify the suit from Christian Grey to James Bond in order to rejoin the festivities. Scoles told BBC 4 this made no sense to her:

“They wanted him to be James Bond [who] ironically is a very promiscuous character who kills people. So I don’t know who is worse of the two.”

For the school’s part, administrators seemed wearied of the hubbub.

“The aim of our World Book Day events was to celebrate and encourage reading and we are disappointed that what was a fantastic day for our students has been marred by this issue,” Sale head teacher Lynn Nicholls told the Guardian.

What do you think? Did the school display too little humor? Or did Scoles and his mom think too far outside the box for an 11-year-old’s cosplay?

H/T The Guardian | Photo via clanger/Twitter